They shall be saved through child bearing.

Recently, Red Pill truths have put marriage through the ringer as a bed trap.  But there is a little silhouette of hope at the end of the hallway.

Men shall be saved through child bearing

Matthew Cochran at The 96th Thesis wrote a highly controversial post, The Golden Rule Means Having Kids (April 18, 2019), which appeared later on The Federalist, You’re Not Following The Golden Rule If You’re Not Having Children (April 30, 2019).

Basically, he argues that ideally, being obedient to God requires a Christian man to put a white Cross bun in the oven. 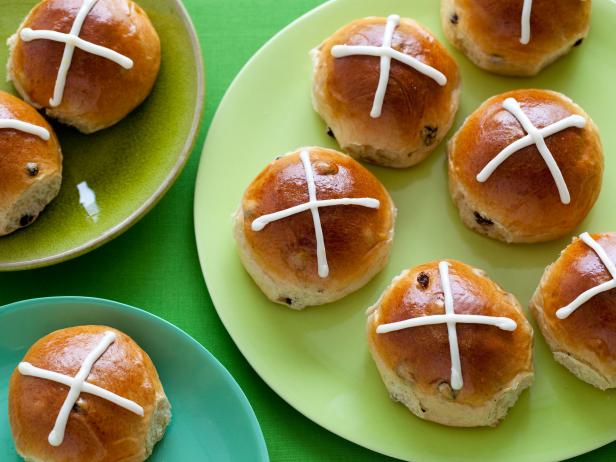 “Whether we admit it or not, the choice we face is this: Do we take the millennia of love that were poured out on us and consume every last drop until it’s gone? Or do we pay it forward by continuing to pass that love along to future generations?

Only one of those choices conforms to the Golden Rule.  Choose wisely.”

Matthew’s article garnered over 400 comments, and got so much kickback that he wrote a follow up article, Answering Some Objections About the Golden Rule (May 1, 2019), which addressed some of the more egregious protestations.

Being a father myself, I tend to agree with Matthew’s Thesis.

Aside from Vagina Worship, we all know how marriage domesticates men.

Perennial Poon is a Prodigious Pacifier.

That’s why God gave woman two mammary glands – one for baby, and one for hubby.

Women shall be saved through child bearing

“Nevertheless she will be saved in childbearing if they continue in faith, love, and holiness, with self-control.” ~ 1st Timothy 2:15 (NKJV)

As a Protestant, I’m always suspicious of allegorical interpretations that seem at odds with their immediate context and therefore, I tend to favour more straight forward readings of the Biblical text.  While I admit the possibility and practical reality of option 2, option 3 seems to be the most common sense reading of the passage.  Paul is saying that women are kept safe from deception when they embrace the roles that God gave them, when they properly value and esteem the domestic sphere and when they continue on in faith, love and self-control.”

There’s this passage in Malachi, indicating that God wants more decent people on the earth.

“But did He not make them one,
Having a remnant of the Spirit?
And why one?
He seeks godly offspring.
Therefore take heed to your spirit,
And let none deal treacherously with the wife of his youth.” ~ Malachi 2:15 (NKJV)

Then I came across this article. Now science has produced an answer!

“A research team at Autonomous University of Barcelona, led by neuroscientist Elseline Hoekzema of Leiden University, performed brain scans on first-time mothers before and after pregnancy and found significant gray matter changes in brain regions associated with social cognition and theory of mind — the same regions that were activated when women looked at photos of their infants. These changes, which were still present two years after birth, predicted women’s scores on a test of maternal attachment, and were so clear that a computer algorithm could use them to identify which women had been pregnant.”

So, the brains of mothers are fundamentally different from the brains of childless women! Somehow, I’m not surprised. So what is affected?

Social cognition is a level of analysis that aims to understand social psychological phenomena by investigating the cognitive processes that underlie them. The major concerns of the approach are the processes involved in the perception, judgment, and memory of social stimuli; the effects of social and affective factors on information processing; and the behavioral and interpersonal consequences of cognitive processes.

Theory of mind (often abbreviated ToM) is the ability to attribute mental states — beliefs, intents, desires, pretending, knowledge, etc. — to oneself and others and to understand that others have beliefs, desires, intentions, and perspectives that are different from one’s own.

Could motherhood be a natal blow to female solipsism?

“One of the hallmarks of pregnancy is an enormous increase in sex steroid hormones such as progesterone and estrogen, which help a woman’s body prepare for carrying a child. There is only one other time when our bodies produce similarly large quantities of these hormones: puberty. Previous research has shown that during puberty these hormones cause dramatic structural and organizational changes in the brain. Throughout adolescence both boys and girls lose gray matter as the brain connections they don’t need are pruned, and their brains are sculpted into their adult form. […]”

Being pregnant feels like puberty?!? Well I’ll be a son of a mother!

Puberty is a period of development in which every day life comes to Life. Every petty event exudes a dramatic flair for the marvelousness of living, and decades later, one can still remember the majestic joys of common objects. Is it no wonder that our beliefs, personalities, and tastes are forever locked into the “time we came of age”?

I see a window of opportunity here to restructure a woman’s mind while she is in a dependent state.

“Hoekzema and her colleagues performed detailed anatomical brain scans on a group of women who were trying to get pregnant for the first time. The 25 women who got pregnant were rescanned soon after they gave birth; 11 of them were scanned two years after that. (For comparison, the researchers also scanned men and women who were not trying to have a child as well as first-time fathers). […]”

I was intensely interested in knowing whether women’s brains changed to the same degree if they had obtained an abortion, but there was no mention of this.

“The researchers found that the new mothers experienced gray matter reductions that lasted for at least two years after birth. This loss, however, is not necessarily a bad thing (according to Hoekzema, “the localization was quite remarkable”); it occurred in brain regions involved in social cognition, particularly in the network dedicated to theory of mind, which helps us think about what is going on in someone else’s mind — regions that had the strongest response when mothers looked at photos of their infants. These brain changes could also be used to predict how mothers scored on the attachment scale. In fact, researchers were able to use a computer algorithm to identify which women were new mothers based solely on their patterns of gray matter loss. Gray matter loss was not seen in new fathers or nonparents.”

In other words, it crimps and rewires their socialization processing. From an evo-psych perspective, this bashes the Hive Mind, and reformulates her focus on her new responsibilities as a mother. It might also explain why many women experience post-partum depression – they no longer have the skill and aptitude to navigate their social networks deftly enough to garner those endorphine charged perks of inclusion and affirmation (AKA Idolatry Withdrawal Syndrome).

The most important tenet of attachment theory is that an infant needs to develop a relationship with at least one primary caregiver for the child’s successful social and emotional development, and in particular for learning how to effectively regulate their feelings. This bonding has a direct effect on the child’s future ability to trust and empathize with others.

In case you haven’t yet guessed, the term “Son of a B!tch” has real meaning.

“It is not entirely clear why women lose gray matter during pregnancy, but Hoekzema thinks it may be because their brains are becoming more specialized in ways that will help them adapt to motherhood and respond to the needs of their babies.”

But in addition to the evo-psych explanation, their brains are also becoming more specialized in ways that will improve their worthiness from the spiritual and marital standpoints as well – becoming less selfish, less solipsistic, more emotionally attached, more humble, more empathetic, and more fresh and randy too. In short, more of what Jesus wants for her sanctification, and what baby-daddy needs to retain sanity.

“They shall be saved through child bearing.”

Men and women both! It all makes sense now.

Jack is a world traveling artist, skilled in trading ideas and information, none of which are considered too holy, too nerdy, nor too profane to hijack and twist into useful fashion. Sigma Frame Mindsets and methods for building and maintaining a masculine Frame
View all posts by Jack →
This entry was posted in Decision Making, Discernment, Wisdom, Holding Frame, Models of Success, Organization and Structure, Purpose, Sanctification & Defilement, Self-Concept, Stewardship, The Power of God and tagged Analysis, For Parents. Bookmark the permalink.

7 Responses to They shall be saved through child bearing.