The Mosh Pit of Sex Analysists

Readership: Those who aspire to marriage; Those attempting to follow the debates between Dalrock, Pastor Tim Bayly, and David Gudeman,

Between Dalrock, Pastor Tim Bayly of Warhorn media, David Gudeman at Brain Legions, John Milton, St. Paul, St. Augustine, St. Jerome… there are a lot of quotes and views floating around. Some scientific analysis and Frame work is required to sort this all out.

It all started late last year, when Dalrock wrote, Does romantic love sanctify married sex? (November 20, 2018).  This post discussed the prudish views towards sex held by the early church fathers, St. Augustine, St. Jerome, and St. Paul, and compared them to the views of the Puritan poet, John Milton, and modern day Pastor, Tim Bayly.

Dalrock cited Pastor Tim Bayly’s post on Warhorn media, Authority and submission: muscles needing exercise (November 17, 2018).  In this essay, Dalrock compared Bayly’s approach to Milton’s, and shows that they are rather similar in that they both agree that romantic love sanctifies sex.  Of note, Dalrock compares this view to those of St. Augustine’s and St. Jerome’s shared assessments, which were in agreement that passionate sex in marriage was disgraceful. Dalrock wrote,

Both sets of teachings are wrong, and you won’t find them in the Bible:

Dalrock uses the words, 1. “with passion”, and 2. “without… passion”, to make it appear like these two views are the diametric opposite, but not really. They are both very conservative discussions of what makes sex “good”, by various definitions. One of Dalrock’s running points is that brutish passion makes sex good too (see Dalrock’s Like a rutting buck post), and I’ll add that healthy men and women will usually agree.

To edit Dalrock’s points for the sake of accuracy, I feel these two views could be better represented as follows.

David Gudeman at Brain Legions criticized Dalrock’s arguments in his post, Sex and the Straw Man–an Exercise in Logic (February 10, 2019).

Gudeman also highlighted Bayly’s reference to the nebulous concept of “good sex”, but then he got sidetracked in the analysis. It is difficult to pinpoint exactly what “good sex” entails, and even more excruciating to try to read this meaning into Milton. We are only left to assume that “good” means deeply gratifying, and not the other meaning of moral good. But under this assumption, however “good” might be defined for each individual, the important thing to be considered is that the qualities that make sex “good” are the same qualities that reinforce either sanctification or perdition. For example, some men might say spinning plates is good sex, while others would say marital bliss is good sex.

Gudeman said that he agreed with Dalrock on the whole, but also said that Dalrock was making a straw man argument that he attempted to pick apart.

Dalrock offered his rebuttal here: Is it a sin to go against God’s command? (February 10, 2019)

I don’t think Dalrock is making a straw man argument as Gudeman claims, but Dalrock does take the following liberties.

Regular readers know Dalrock has a habit of doing the clatter, and this is what makes his posts so chillingly thought-provoking and interesting Lee satirical to read. I am thankful for that sense of serious light-heartedness, but I know other readers interpret the jesting as intellectual dishonesty. The magical logic of his arguments reveals the weakness of western epistemology’s heavy, over reliance on logos and deductive reasoning.

Concerning the former, for example, Dalrock seems to have the notion that, either you’re living out God’s will, or else, you’re not, and if you’re not, then it’s sin. (In the general abstract, I agree, but in reality it’s not so black-and-white.) So when Pastor Bayley said, “sex that is not mutual is not sex as God designed and commands it”, Dalrock interprets the “not… as God designed and commands it”, part as meaning “not according to God’s will”, which is therefore sin. This is what allows Dalrock to come to the comical conclusion,

“According to Bayly’s rules, a married couple that doesn’t feel romantic love or sexual attraction is violating God’s sexual design if they have sex with the goal of conceiving a child!”

Gudeman smartly pointed out the source of confusion in Bayly’s claim.

“It is not at all clear that “mutual” means “with romantic love” or “with sexual attraction”. From context, “mutual” seems to mean that both spouses freely agree to engage in sex; that neither spouse feels forced or coerced.”

If Gudeman’s assessment of Bayley’s statement is accurate, then Bayley seems to imply that spouses have the right to refuse sex if they don’t feel like it. This borders on agreement with certain precepts of rape culture, which claim that any sex that is not sufficiently satisfactory can be labeled rape. At any rate, it certainly does not agree with the Bible, as Dalrock pointed out in his earlier post. 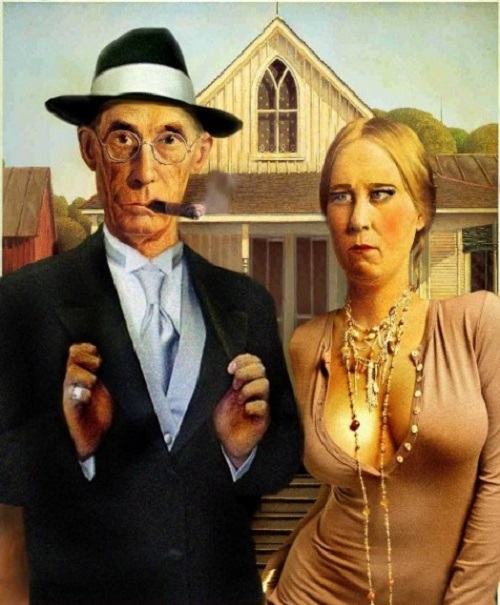 What Sanctifies Sex and Marriage?

I concur with Dalrock’s main point, but I partly disagree with Dalrock, Bayly, Gudeman, Milton, St. Augustine, St. Jerome, because they are presuming that sex, marriage, and passion, are separated from each other. Let me explain.

A postmodernistic rationale attempts to categorize these things and treat them as unrelated separate entities. To make the issue more confusing, our fallen sinful nature wants to pick them apart for various reasons. I also believe Satan wants to present a false dichotomy, saying in effect, you can have passionate sex, but not in marriage, or vice versa.

One very popular sub-dichotomy that is attached to this false belief, is that having children is an anathema to having a passionate sex life. Being a father myself, I know this is not entirely true. In addition, I’ve heard many women state, in so many words, that their sex drive becomes turbocharged after delivering a child.

Since we’re talking about sin and sanctification here, let’s break down the constituent elements of marriage.

In view of these five factors, I agree with Dalrock that the commitment of marriage certainly sanctifies sex, but we must also admit that commitment sanctifies all the others as well. Marriage allows the other elements to take root, thereby evading the selfish sin of fornication.

However, Commitment does not stand alone in its support for the state of sanctification. In reference to the Parable of the Pie, romantic love, as well as brutish passion, are both indicators that the emotional and physical aspects of sanctification, respectively, are occurring through the sexual union. I believe perhaps this is what Milton and Bayly were confusedly digging at, in saying that romantic love sanctifies marriage. If one admits that the emotional soul bonding is a key element in sanctification, then this claim also begs Artisanal Toad’s question of whether sex equals marriage. I wonder if Bayly would go along with that?

Self-sacrificial Christian love and having children also add to the whole sum of sanctity in the sense that when these elements are present, couples are much more likely to experience the fullest joy possible of the relationship. This unique sense of belonging, joy, and contentment is what drives them to do what they can to preserve the entire family.

Here I am not saying that any one of these factors can sanctify either sex or marriage, but instead, I mean to point out that having all five elements in place presents the most robust form of God’s original design for marriage. Instead of arguing about what element sanctifies which other element, we should be talking about how we might obtain all five elements.

Note: I am not sure if Dalrock disagrees, or if he merely omitted these points because it wasn’t the main thrust of his post. 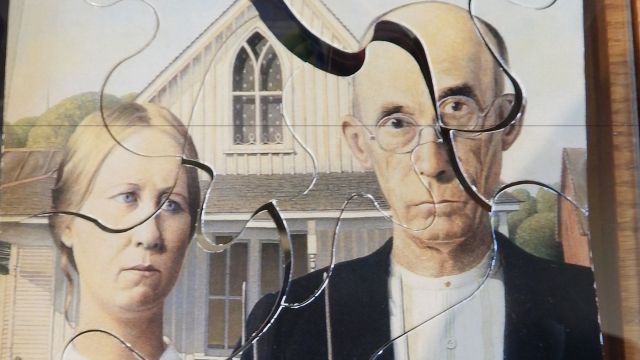 What is God’s will for marriage?

This debate brings up an interesting point about what God’s will for marriage involves. It’s safe to assume that it should include self-sacrificial Christian love and commitment. But…

Saint Augustine and St. Jerome believed that “holy love” was devoid of both romantic love and sexual passion.

Milton and Bayly argued that without romantic love, sex is empty.

Bayly amplified Milton’s stance by calling it “brutish”, which Dalrock lampooned by arguing that “rutting” is what makes sex good.

Dalrock maintains that the institution of traditional marriage is what keeps it all together.

Saint Paul didn’t go into much detail on these topics, except to say that you shouldn’t deprive your spouse if they want it (cf. 1st Corinthians 7:5). I’ll also add that it’s in your best mutual interests to keep your spouse satisfied. After all, marriage is supposed to fulfill these needs.

Based on Mark 2:23-28, I believe Jesus would say something to the tune of, “Marriage was made for human beings, and not human beings for marriage.” 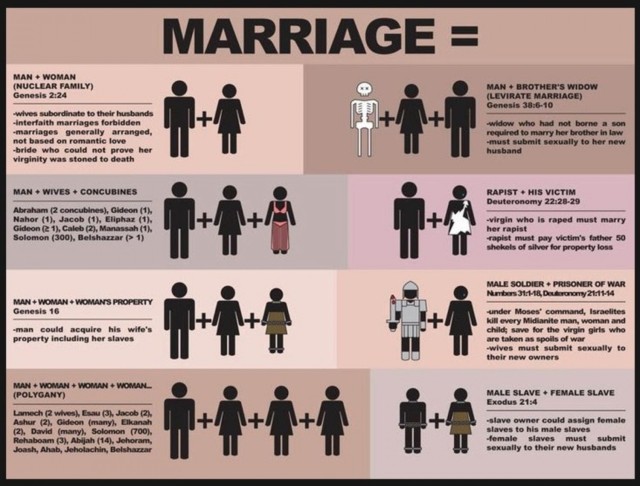 Let’s examine the possibilities of error.

If it were God’s intention for a person to have all five of the aforementioned elements in marriage, and he bought into Satan’s lie that he can only have one or the other, then he’s making a grave mistake that would hurt his joy.

The problem is that too many people have bought into this way of thinking, and the sheer popularity of this belief reinforces the perpetuation of compromise and trade-off as the norm. Worldly influences only exacerbate this false dilemma.

On the other hand, if a person only needs one or two, but accepts the others as part of the package deal, then although it may seem burdensome, that would not necessarily detract from their joy in marriage.

Call me naïve if you wish, but I believe God’s robust design for marriage is that all five elements (commitment, self-sacrificial love, romantic love, passionate sex, and having children) should be bound together as a package deal. I can’t say that I have achieved all of this for myself, but it is what I believe, and it is the goal I proscribe for my own marriage.

Of course, I should add that it would be presumptuous, legalistic, and inadequate to say that this design is meant for everyone.

All arguments aside, the bottom line for the reader is this: What does God intend for YOU concerning marriage? It may not be what you currently believe. It might even surprise you.

Permit yourself for a moment to look past cultural constraints, and to dive deep into your heart, and dream a little bit. God just might allow you the desires of your heart.

Jack is a world traveling artist, skilled in trading ideas and information, none of which are considered too holy, too nerdy, nor too profane to hijack and twist into useful fashion. Sigma Frame Mindsets and methods for building and maintaining a masculine Frame
View all posts by Jack →
This entry was posted in Courtship and Marriage, Discerning Lies and Deception, Joy, Relationships, Reviews, Sanctification & Defilement, Satire, The Power of God and tagged Analysis, For the Married, Red Pill Sphere. Bookmark the permalink.

7 Responses to The Mosh Pit of Sex Analysists