Can You Trust A Dancing Skeleton?

Readership: Men who have girlfriends/wives with skeletons in the closet.

Some reports claim that the average male has sex for the first time at age 16.9, and females lose their virginity slightly older, at 17.4 on the average. Since these are self-reported statistics, I suspect that these numbers are probably a lot older for males, and younger for females. I would guess the real numbers are about 15-16 for girls, and 18-19 for guys, and of course, race, region, genetics, home environment, and socioeconomic background play into that. But for now, let’s use that original statistic for the sake of discussion.

According to the estimates from the 2017 U.S. Census Bureau, the average age of first marriage for women was 27.4 years. For men, it’s slightly older at 29.5 years. That’s the longest Americans have ever waited to get married.

Now think about that…

Exactly 10 years between women’s first sexual experience, and getting married – and that’s on the average!

And those are the best, PRIME SMV years!

Of course, any documented evidence of the hundreds, or perhaps thousands of carnal acts a girl might do in her sordid history can be swept under the rug all too easily. But they can’t hide the state of their hearts. Their soul’s can’t lie… 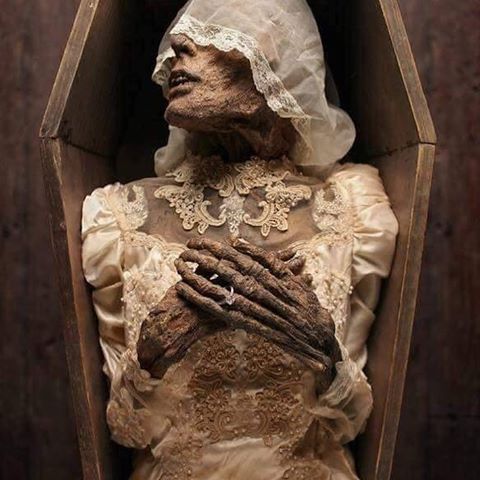 The spiritual condition of a bride after riding the carousel for 10 years – no homemaking skills, no inner joy, no sexual desire, no passion for life, no respect for husband… All the virtuous characteristics that would draw forth a husbands love have been sucked out and destroyed, like a fetus at a Planned Parenthood clinic.

In other words, unless a man grabs a girl who’s fresh out of high school, he’s getting one that has already been eaten up and sh!t out by some/many other men.

I know your imagination is running down a dream the drain at this moment. Or you might be asking, how bad could it be?

Assuming this is true, then it is reasonable to assume that by the age of 27, at the end of their 10 year slide when most wimminz wind down their sprees and walk the aisle, there is little left to be imagined in a typical woman’s sex life. Or even if that figure is only 10%, this is enough to strike flaccidity in the cavernosas of most marriage-minded men.

With a 10 year guarantee, it’s near impossible to find a peach before the expiration date. So a lot of hungry men are being forced to choose between eating either the forbidden fruit, or the rotten.

The forbidden fruit is the subject of PUA forums, and Christian men are warned not to partake.

The rotten fruit is the subject of Christian RP forums, and PUA’s are forbidden to partake.

The common advice on the ‘sphere is, don’t ever marry such a woman.

But what is a man to do, if he finds himself already married to a dancing skeleton, having no better alternative? He may fairly presume that the 10 year party is the reason why he is never greeted with a juicy bantz whenever he drops his drawers. But he is told it’s because of his low SMV status.

Marriage to an ex-rider is like sweetened lard icing on a cake of poop. It looks appetizing, until you cut into it and take a bite, suddenly realizing the main ingredients are not eggs and flower. The batter has been deflorested, and the eggs have developed chromosomal abnormalities.

And what if you “promised” to eat the whole thing… and it’s the only cake you’ll ever eat for the rest of your life? Worse, you find that after you swallow, you only get a haughty snicker, with not even a bit of remorse or gratitude?

This is what marital fraud feels like. This is why the RP advice says to avoid it.

Boxer argues that in a situation like this, it comes down to commitment. But the reality is more nuanced.

Some men can accept certain things about a woman’s past, while other men just cannot. It is highly dependent on the individuals involved.

In the case where he can’t accept her past, then they are both stuck in a bitter arrangement, with no happy solution – either stay together in a dead-bed bizness deal with broken trust, or else endure soul-wrenching divorce proceedings. Either option is a drop into the abyss.

Commitment is important during those times when emotional motivations are lagging, because commitment is a personal choice that one can continue to make each day. But when faced with “surprises” from a spouse’s past, the main issue at stake is not one of commitment, as Boxer argues in his post, but one of trust. Trust is not entirely within one’s control. Commitment can, and does often increase trust, but the kind of sincere, open-hearted trust that makes a marriage satisfying is also related to, and somewhat dependent on, a multitude of emotional nuances, especially things such as the reliability and faithfulness of the partner. If the quality of trust within the relationship is broken, then THAT is when the temptation to cheat or leave becomes significant, and therefore, a willful commitment THEN becomes a pivotal issue.

[Eds. note: Trust is from a male viewpoint. For a typical female, Tingles are the deciding factor.]

My point is this (and I think a lot of men can relate), if your partner keeps secrets from you, and doesn’t tell you about her past until AFTER she’s got you by the balls in a legal-contract “marriage”, then where is the trust? If the man had any trust in her to begin with, then that gets broken when he realizes that she allowed him to remain ignorant of the truth of the matter, and thereby suckered him into marrying a carousel wearied hoe. In this case, it’s obvious that she (at least somewhat) sees him as a disposable utility to be managed and controlled – not to be trusted (and BTW, what about the respect that men desperately need?) For the man, this raises questions like, “What else has she been hiding from me?” What else has she suckered me into (or will in the future) that I don’t know about?” and finally the bottom line question, “What is her price for selling me out?” (e.g. cuckolding, frivorce court, etc.)

It’s better for a woman to come clean before marriage, rather than be stuck in a tenuous marriage to a husband who can’t accept her past, can’t forgive her, or can’t trust her. But this would spoil women’s 10 year window of opportunities for debauchery and dissipation.

Or does it? If the woman just wants validation, control, and continued material security, then maybe HIS commitment is enough, and trust doesn’t matter at all. Unfortunately, we all know of marriages like that.

Bottom line: Women play a dangerous game by mud running for 10 years, and then not being completely honest with their fiancees before marriage. If she is honest, then that can either raise or lower her MMV, depending on her past. In the case that it lowers it, then that would be the obvious reason why they lie, or conveniently fail to tell the truth (if you think there is any difference between the two). But if she chooses to lie in order to “sell herself” in marriage at a higher perceived MMV price, it is a form of fraud. After the hidden secrets come to light, there necessarily comes a reassessment of the deal, and how the newly surfaced facts affect the current status. Anything might happen from there.

Severe hunger can drive a man to dribble on monitor glass for a decade, just to eat the corn out of a well decorated cake of crap.

Women know this. They bank on it.

Jack is a world traveling artist, skilled in trading ideas and information, none of which are considered too holy, too nerdy, nor too profane to hijack and twist into useful fashion. Sigma Frame Mindsets and methods for building and maintaining a masculine Frame
View all posts by Jack →
This entry was posted in Relationships, SMV/MMV. Bookmark the permalink.

22 Responses to Can You Trust A Dancing Skeleton?