The Battle of the Prophets

A follow-up review of the value of Jordan Peterson’s contributions.

Two years ago in 2018, when Peterson climbed to notoriety, I devoted three studies to Peterson, which covered idolatry and the magic he wields over young men.  Since then, his popularity has leveled off, so I thought it would be worth reviewing the value of his contributions.

At the time I did these studies, I could not discern the significance of Peterson’s spiritual nature.  I only regarded him as an exceptionally accomplished man who had a novel approach in dealing with the conundrums of modern life.  Based on this assumption, my first post, The Objectivity of Offense Constitutes Respect (May 6, 2018), analyzed his contributions and discovered that that he has pioneered a robust response to a new style of dishonest debate that has developed in recent years.

In my second examination of this topic, Breaking the Fifth Wall – A New Protocol for Post-Truth Debate (June 13, 2018), I further explored Peterson’s approach and found the fundamental nature of Peterson’s power, and why he has gained a widespread following.

“The quality that makes Peterson valuable to both the Left and the Right in both cases is his ability to transcend the pseudo-ethics of both the Right and Left political subcultures.  Doing so explodes the politico-babble and takes the game of the argument to a whole new level.”

In that same post, I described his technique as “breaking the Fifth Wall” (borrowing from film and literary terminology).  I defined the “Fifth Wall” as the boundary between those who believe the premises of, and agree with the argument presented, and those who don’t.  This post also examined three case studies that adopted this new approach to argumentation and conflict.

Peterson breaks the fifth wall by questioning the larger picture – the meaning and purpose of life, and most poignantly, the overall meaning and mechanics of debate itself.  This has since become the new paradigm of modern argumentation, and this added level of awareness is desperately needed to truly “globalize” the world.

Upon review of the debate, you can see that Cathy Newman was not a true opponent of Peterson.  She was an enabler for Peterson to mainstage his new approach towards global feminist post-modernism.  It was a brilliantly showcased example of the Hegelian dialectic.

On a side note, I also identified that the Red Pill is a Fifth Wall wrecking ball, in that it cuts down the battle lines between Feminism and Christian conservatism by reverting to the basic strata of the socio-sexual ontology, which cannot be adequately disclaimed as false.  It takes us back to the basic premise that we are all humans under God.

My last post on this subject, How to Dismantle the Idol of Fandom: Breaking the Fifth Wall (May 26, 2018) examined elements of fandom as a form of idolatry, and considered how ethical systems may be bypassed, and false beliefs exposed, through the debate techniques launched by Peterson.

After finishing these three studies, I surmised that Peterson qualified as a prophet.  But even so, I found his person to be less interesting than what all the attention on him would warrant.  In conclusion, I decided it was not worth my time to give him any further airplay. 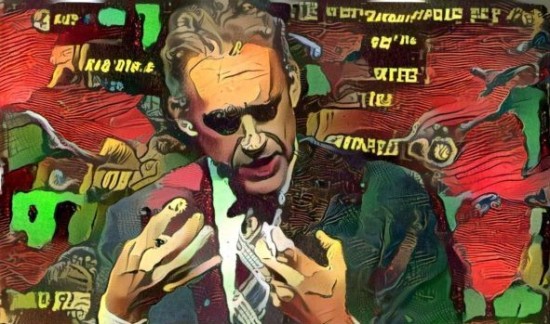 What is a Prophet?

In a previous post entitled, On the discernment and wisdom of true morality (February 2, 2019), I defined prophets as individuals…

“…who have an extremely exceptional sense of discernment in a particular longitudinal area… within that particular discipline.”

This is not to say that prophets are always completely correct or infallible, but only that they give us a glimpse past what the average man can see.

Vox Dei might fall into this description of a prophet.  I say this because Vox was also the first (to my knowledge) to categorize men according to the socio-sexual hierarchy, which has since become the standard fare of discourse within Red Pill lore.

Interestingly, his self-chosen pseudonym, Vox Dei, means “the voice of God” in Latin, and could be interpreted as a profession of his own conscious ability to perceive the things of this world through a prophetic lens.

What did the Prophets say concerning Peterson?

Looking back at all the noise surrounding Peterson over the last two years, it is easy to recognize that he is a pawn, though quite an original and gifted one.

I could not see Peterson’s role in this at the time, but Vox was on it.  He embarked on a continual rant against Jordan Peterson that seemed unfounded at first.  (See his label, Jordanetics.)  But as months of internet discourse examining Petersons repeated “sins” and underlying beliefs went on, it became apparent that Peterson was more of a figure of Darkness than one of Light.

Ed Hurst was onto Peterson’s game as well, but he took a neutral stance.

“[Peterson] supports the globalist agenda because he isn’t aware that it’s not where we need to be.  Most of his best work is limited to correcting a lot of the madness of those who work toward a globalist one-world culture.  In other words, he’s very pragmatic about how globalism can work, but doesn’t examine the question of whether it should.  So when he criticizes some aspects of globalist activism, he has exceptional clarity about what’s wrong with it.”

Peterson is an example of someone who is heart-led, but committed to the wrong god.  He doesn’t follow the teachings of Jesus, though he does seem to understand some parts of what Jesus taught better than most Westerners.”

Adam Piggott had quite a bit to say about Peterson, first in favor of him, but then as time went on, Adam reversed his opinions of Peterson.  His two big clues included the facts that (1) Peterson was sympathetic to the Left, and (2) Peterson wasn’t as Red Pilled as he had once presumed.  A short time later, Adam identified Peterson as a Globalist shill.

Adam Piggott summarized his impressions and assessments of Peterson in his post, My Jordan Peterson greatest hits collection. (2020 February 10). 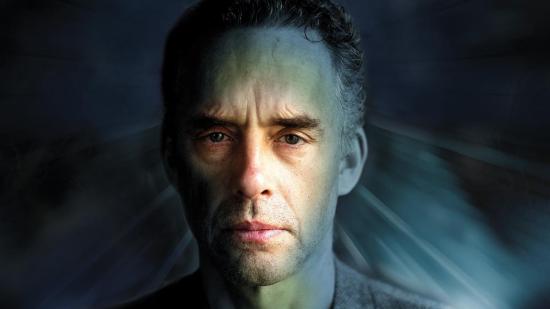 University of Toronto psychology professor Jordan B. Peterson ignites a global debate that is absurdly reductionist: is he a hero or a villain?

Peterson’s identification as a Globalist is what clinched it for me, because I believe any progress made towards the enterprise of Globalism — one world government/religion, homogenization of culture/race, etc. is inherently evil.  Globalism is simply the 21st century iteration of Babelonism.

Jordan Peterson fits the description of a prophet, however, he is a false prophet.  The quality that makes him false is the spiritual authority he serves under.  By false prophet, I don’t mean that he is a liar or deceiver, although that may be part of the definition in other examples.  I mean that his concepts and viewpoints may very well be accurate and powerful, but at the end of the trail, his mastermind will have empowered the Globalist agenda, and led people en masse, away from the knowledge and blessings of God.

Jack is a world traveling artist, skilled in trading ideas and information, none of which are considered too holy, too nerdy, nor too profane to hijack and twist into useful fashion. Sigma Frame Mindsets and methods for building and maintaining a masculine Frame
View all posts by Jack →
This entry was posted in Conspiracy Theories, Culture Wars, Discerning Lies and Deception, Influence, Prophecy, Reviews and tagged Analysis, Deconstruction, Jordan Peterson, Red Pill Sphere. Bookmark the permalink.

1 Response to The Battle of the Prophets