Women are averse to admit what men find attractive.

I came across this feminist leaning article which paints several manifestations of the traditional archetype as hopelessly outdated – but in fact, they are not.

The hamster is high on this one, so we’re going to knock the rpm’s down a few thousand cycles.

The problems with this article could be summarized as follows.

To identify the error, each of the following examples is followed by A, B, C, or D.

The article makes the case that having a preference for lighter skin is evidence of racism and discrimination.  But having this preference is not limited to whites nor western culture.  This is true for Asians too.  In fact, most cultures worldwide prefer lighter skin, so it’s really about aesthetics, not racism.  This is proven by the fact that skin whitening cream is the most popular cosmetic product worldwide.  Even within the black community, lighter skin is considered more attractive.

Voluptuous, hourglass bodies have always been considered the icon of female attractiveness.  This hasn’t changed, and it never will.  I believe the preference for thinner women since Twiggy hit the scene in the 60’s is a response to increasing obesity.  There’s also the fact that thinner women tend to age better.

The argument offered for this claim is pretty short and weak.  The important thing to men is that a woman’s breasts are attractive.  Breasts are attractive if they are symmetrical, round, plump, firm, and supple (no sagging and no cellulite).  In other words, youthful and healthy.  Size is secondary to the overall presentation, but it receives more attention because it’s more obvious in fully clothed women.  Women care more about size than men do.

Przybyszewski wrote that the fear of cellulite caused women to do anything they could to eliminate “what they identified as water, wastes, and fat trapped inside women’s hips and thighs.”

There’s a big difference between being fit and sleek, and having jiggly cottage cheese spilling out of her clothing.  The word “flat” does not describe this difference.

The desire for more boyish figures was not entirely to please men or to conform to fashion.  Battleground: The Media, edited by Robin Andersen and Jonathan Alan Gray, noted that “the changing shape of women’s bodies has in many ways served to reflect larger cultural values.” Throughout history, “a thin, straight figure was prized” at times “when women were striving to demonstrate their equality.”

Whatever…  A thin, straight figure is prized by women in other women who value “equality” because men prefer a voluptuous package. 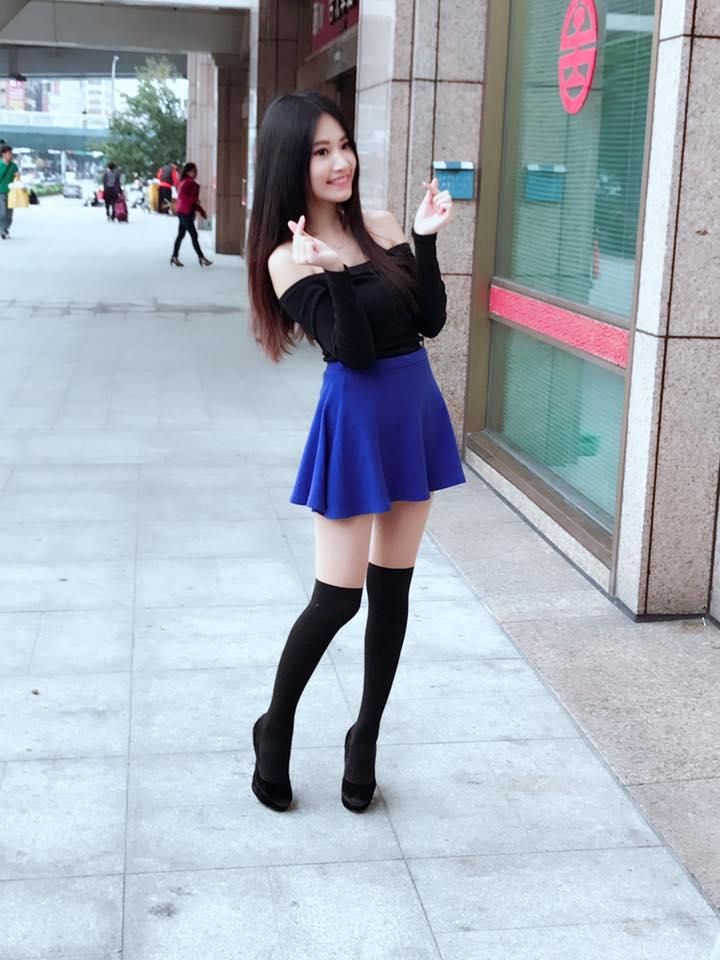 In Fashion: A History from the 18th to the 20th Century, Akiko Fukai wrote that “the young found that displaying their physique was the most effective means of setting themselves apart from the older generation.”

The article implies that this social movement was an act of rebellion, which I interpret as the psychological projection of the author.  But in fact, physiological and generational differences exist nonetheless.  In Asia, showing a lot of leg is the universal cultural signal of youth, beauty, and fertility.  Westerners tend to focus more on breastyness and cleavage.

Coinciding with the preference for more boyish figures was the rise of unisex clothing and androgynous styles.  This echoed a similar trend from the 1920’s, when “androgyny [began to be] associated with the search for greater independence for women,” wrote Rebecca Arnold in Fashion, Desire and Anxiety: Image and Morality in the 20th Century.  Arnold wrote that the rise of androgyny in the 1960’s helped to “denote freedoms gained and the rejection of a preceding claustrophobic femininity.”

Heh…  The article makes it seem as though men liked and wanted this change.

I remember from the 1970’s, that “greater independence for women” was interpreted and understood to mean “more emotional independence equals maturity”, as in, not being “clingy”, dependent on a man.  Looking back, I see this was a deceptive attack on humility.

When I was in college, I dated more than a few women who were disgusted by their feelings of natural attraction for me, and overtly apologized for being too clingy.  When I told them that I actually enjoyed the affection, they interpreted my honest humility negatively as neediness.

The Lolita Look (B)

…”prepubescent look”.  Lithe, young-looking Lolita types like Twiggy dominated the fashion world.  This “look of exaggerated youthfulness expressed the associated sensibility that maturity, in dress or behavior, was a dirty word, a sign of premature death, and therefore something to be warded off as long as possible”.

Feminism used the SMV of youth to separate the ideas that fertility (youth) and emotional maturity are both attractive.  This was truly confusing to younger men.

I clearly remember all the hype surrounding the anti-bra movement in the 1970’s, but I cannot actually remember seeing women going braless at all.  Maybe this is simply because I was a child and I wasn’t into the habit of scrutinizing older women’s bodies, or maybe because, as a child, I did not go to places where young women were making their fashion statements.

Fashion designer Yves Saint Laurent contributed to making going braless not just a form of protest but also a fashion trend.  His sheer designs were always modeled by women who wore no undergarments beneath them.  This, too, was a political statement.  Dazed wrote that “the decision was less about pleasing the onlooker, and more about asserting equality between the sexes.”

I don’t believe that bralessness is all about equality.  I believe most women who actually go braless, do so for various practical reasons, including these…

I remember this was one of the most beautiful and inspiring things about people’s appearances back in the 60’s to 80’s.  Both men and women parted their hair in the middle, and “feathered” their hair on the sides and back.  Big hair had a heyday with the 1960’s “beehive” hairdo’s, followed by the “flip” in the 1970’s.  But the emphasis on big hair reached its zenith in the 1980’s, and became an icon of the times.  To this day, men still find long hair attractive, and I’m sure they always will.

“The 1960s might have been a time of change, but ads from the era show that women were still expected to be homemakers and sex objects.”

Men still find sexy maids attractive.  Arnold Schwarzenegger is a conspicuous example, and she wasn’t all that sexy, because subservience alone is usually sufficient.

“In The Feminine Mystique, published in 1963, Betty Friedan summed up the frustration of the generation, writing, “A woman today has been made to feel freakish and alone and guilty if, simply, she wants to be more than her husband’s wife.”

Friedan is describing a healthy guilt for being dissatisfied and ungrateful, but that’s not the husband’s fault.

Still attractive to marriage minded men, but not so much to Players.

Back in the 20th century, smoking was a big thing.  Anyone who didn’t smoke was considered square or unsophisticated.  To put this in perspective, in 1960, about 42% of the population smoked.  If you remove children and the elderly from that calculation, that figure jumps to about 80% — 4 out of 5 people — that’s nearly everybody.

But smoking is not what made women attractive, being sophisticated and “hip” is what did it – and back then, this included smoking.  Nowadays, tattoos might be the modern equivalent.  They’re thought to be cool, but that does not necessarily make them attractive.

By the late 1960’s, more women were working than ever.  While they were making great economic strides, working women faced a certain stigma.  It was far more acceptable for single women to work than married women, as a woman’s primary duty was still expected to be to her family.  In 1967, just 44 percent of married American couples lived in dual income households, compared to more than half of married couples today.  Working wives and mothers were thought to destabilize home life and their families.

My aunts (from the Silent generation) told me women were doing this as early as the 1940’s.  I suppose body paint would be the modern equivalent.

The article made no mention of how this is attractive to men.  So I’ll point out that the thing that makes this attractive is the artistry and the way it draws attention to the body.

“Athletic women were “in” at the end of the 1960’s, but not for the reason that you might think.  Athletics were viewed as a way for women to maintain “attractive” figures.  Women became more active in sports in the 1960s, especially in high schools and colleges, although women’s sports were not considered to be on par with men’s sports.”

Being physically fit and active is still attractive to men.

The article is somewhat dishonest, because the headline implies that these things are strange and are no longer attractive to men.  In fact, most of them are still attractive to men.  Nothing has changed except the degree to which women are willing to concede what men prefer.

These days, the standards for women’s personal qualities have gone down so much, that women themselves are no longer attractive to men.

This article is proof that the hamster still dominates women’s concepts of what men find attractive.

Why not cut to the chase and ask a man?

Jack is a world traveling artist, skilled in trading ideas and information, none of which are considered too holy, too nerdy, nor too profane to hijack and twist into useful fashion. Sigma Frame Mindsets and methods for building and maintaining a masculine Frame
View all posts by Jack →
This entry was posted in Asia, Attraction, Clothing, Culture Wars, Female Power, Feminism, Hamsterbation, Personal Presentation, SMV/MMV, Solipsism and tagged Power. Bookmark the permalink.