Picking through the fruit of the Purity Movement

An introduction to an upcoming series of posts which will be written in response to many points brought up by Richard P concerning the Purity Movement.

Readership: Christians; Those involved in the Purity Movement;

15 “Beware of false prophets, who come to you in sheep’s clothing, but inwardly they are ravenous wolves.  16 You will know them by their fruits.  Do men gather grapes from thornbushes or figs from thistles?  17 Even so, every good tree bears good fruit, but a bad tree bears bad fruit.  18 A good tree cannot bear bad fruit, nor can a bad tree bear good fruit.  19 Every tree that does not bear good fruit is cut down and thrown into the fire.  20 Therefore by their fruits you will know them.” ~ Matthew 7:15-20 (NKJV)

In January, Farm Boy wrote a post at Spawny’s Space, By Their Fruits You Shall Know Them (16 January, 2020), in which he described his sister’s step-daughter’s oldest boy, who was adopted.

He struggled with anger issues, largely due to his true mother’s profligate behaviors.  His anger issues receded after adoption, but then recurred in his late adolescence.

“He is a big fella, who is wise to the system.  He threatens to call child protective services when there is an attempt at discipline.  He also understands what his size does for him.  Therapy doesn’t seem to be working particularly well.  Short answer — he can get away with it because the system effectively encourages him.

As for his real mother, she is undoubtedly really to blame.  Welfare and whoopee isn’t a recipe for success, for here or her children.

Who is ultimately to blame for all of this?  Lefties throughout the last 60 years.  This is the fruit that they create.  Will they take responsibility?”

I agree with FB’s identification of the sources of the bad fruit – his mother specifically, and Leftist culture in general.  Presumably, the boy’s mother is also a F-root of the sexual revolution.

On the same day Farm Boy put this story up, I had just finished a post covering one woman’s testimony about her experiences with the Purity Movement of the mid-90’s, The Sin of Prioritizing Purity above Marriage (2020 January 17).  By (divine?) coincidence, this post also discussed the concept of spiritual fruits.

Of interest to the following discussion, my study cited Gunner Q’s work, The Purity Movement In Review (2020 January 5).

I left a link to this post in the comments at Spawny’s Space, with the following quotage.

“By their fruits you shall know them…

My latest post takes a different perspective on this passage from scripture.

“When one can get out from under the umbrella of sin, one will naturally experience the showers of God’s blessing and grace.  Churchians with a superficial understanding of sin would be tempted to conclude that the fornicating is the sin, but it is not.  Fornicating is merely the fruit of the sin.  Kline’s sin, in this case, was not fornicating, but was in postponing marriage while believing that her sexual “purity” is what made her righteous, worthy, and would bring her blessing.  She compounded this sin by resolving to retain her purity under her own free willpower, instead of trusting in the provision of God (which came in the form of a high school boyfriend / potential husband whom she was originally crazy about).  Unfortunately for the sap who became her future husband, it required a bit of whole-hearted fornicating to wake her up from her deception and idolatry.”

“What no one is saying is the obvious – that the Purity Movement turned out to be, for some, a modern reiteration of the age old practice of S1ut Shaming.  Of course, s1uts don’t like S1ut Shaming because it makes them Feeelz ashamed and pressures them to adjust their behavior.”

I felt that the statement in bold face was one of the more important takeaways from this study, second to the fact that the fruit of the Purity Movement was anything but pure. 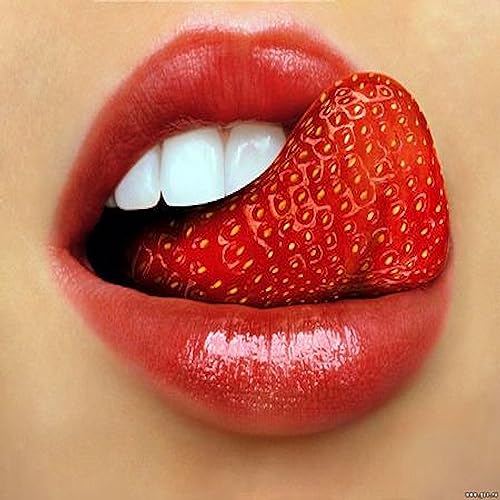 I was disappointed that I didn’t receive any commentary on this statement (so far) underneath that post.  So I’m thankful to Richard P who wrote a lengthy response at Spawny’s Space.  As a teaser, here are his first two paragraphs.

“I’ve read through Jack’s and Gunner’s articles linked to above.  I’ve read Earl’s comments at Gunner’s thread.  All of it reminded me that folks cannot have useful conversations unless and until they have defined their terms and all agree on those definitions.  Without that, folks are simply talking to the wind, which is what seems to be happening at the writings linked to above.

Among some of the issues that jumped out at me are these – not intended as criticisms but as points that hinder clarity when not defined, and that help the faith conversation in the Manosphere when clarity is enhanced by definitions that all agree on.  All questions here are rhetorical, meant to trigger thinking, particularly thinking about the effect of writing when your terms are not defined.

Well said, and much needed.

In response, I will be dedicating an upcoming series of posts to address the issues that Richard P brought up.  For this discussion, I will break the content into separate topics and reorganize them for easier reading.

The purposes of this study include the following.

Posts in this Series

Jack is a world traveling artist, skilled in trading ideas and information, none of which are considered too holy, too nerdy, nor too profane to hijack and twist into useful fashion. Sigma Frame Mindsets and methods for building and maintaining a masculine Frame
View all posts by Jack →
This entry was posted in Purity Culture, Questions from Readers. Bookmark the permalink.

35 Responses to Picking through the fruit of the Purity Movement