Only the Grand Master Bait could concoct such a beautiful disaster!

Readership: Christians, especially those who have experienced the Purity Movement;

There’s a secret recipe for perdition which only our most gloriously evil overlords are privy to.  It remains a highly protected trade secret among the malefide.

As the story goes, back in 1984, the Resistors tuned into dyslectic broadband (66.6 MHz) and picked up this conversation between Lord Sor Deviass and the Grand Master Baiter.

Let’s tune in to their decrepit conversations…

Master Baiter: The Emperor has given us a new assignment, but it’s not so new actually.  We’ve done stuff like this before.  Too many earthlings have been experiencing sanctification and shalom, and we’ve got to do something to prevent this.

Lord Deviass: [incoherent mumbling]  I know!  First, let’s begin with adolescents who have freshly entered into the raging hormones of puberty, and who are naïve and inexperienced.  It’s so much fun and so easy to throw a monkey branch into their family trees!

Master Baiter: Good idea!  Normally, the Bible prescribes marriage for young’uns such as these.  But our persnickety father below taught us long ago that we have to find some way to hijack the process and destroy anything good that might come out of normal sexual relations within marriage.  Most of all, we must never let the earthlings actually enjoy being obedient to that carpenter’s son of antiquity, Mr. J.

Lord Deviass: It would be even better if we could do so much damage, that the target has little chance of ever finding emotional or sexual satisfaction in marriage.

Master Baiter: Right!  So let’s take those Biblical commandments that they revere so much, and twist them into saying that they can’t have sex until some vague time in the future.  It doesn’t matter what that time might be.  The only thing that matters is that the time is always later, and never now.  Laying the law on them with this command will provoke their sinful natures, and this will make the demolition of their souls all that much easier. 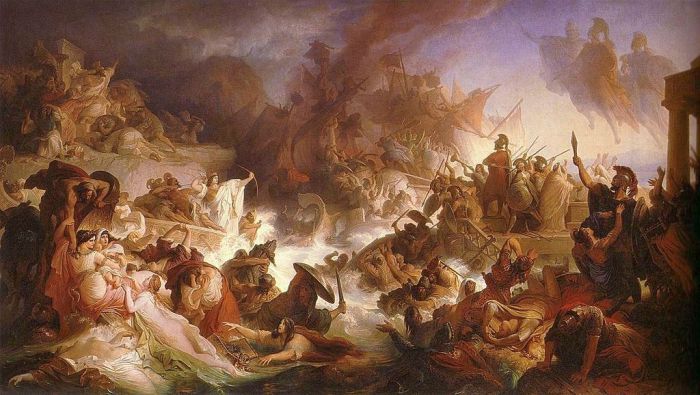 Lord Deviass: But how could we possibly convince them that sex and marriage is evil?

Master Baiter: We could say that extramarital sex is evil, a “sin”, and that they shouldn’t have sex until they’re married.  Make it seem like that is something that would keep them out of sin.  That way, they’ll never suspect that we’ve already cooked them into the batch of cultural sin.  But of course, we can’t allow them to actually marry.

Lord Deviass: Also, we can’t tell them outright that they can’t get married, because that would show our hand.  We need to give them just enough hope to keep them hooked.  Instead, we’ll just give them some reasonable excuses to keep postponing marriage.  It doesn’t matter whether they are true or not, because they are too naïve to know the difference.  Over the last few centuries, our globular think-tank has come up with quite a few prevaricating justifications.

Master Baiter: That’s beautiful… pure evil!  I should send you back to the woodpile for this.

Lord Deviass: Oh Master, please don’t mention the woodpile again!  I’ll be so weak in the knees that I’ll screw over this mission for sure.

Master Baiter: Fine.  I’ll catch your @ss unawares after the mission is complete.  Don’t forget YOLO and all that other true lie $ћ!t.

Lord Deviass: As I recall, we do have a few other slicks up our sphincters.

The good news is that for the men, we can continue to use that old, worn out one-liner.

“Sow your wild peas and carrots before you settle down with a $ћ!tty sack of potatoes!”

Master Baiter: You are so midevil!  Get with the times!  Carthage is so Iron Age-ish!  I believe sin city is now located in Californica in North Slumerica, and the current word is “oats”, as in “sow your wild oats”.

Lord Deviass: I have another idea, your royal sliminess.  We could even try to sour their psychological concept of sex.  To do this, we can twist the scriptural condemnation of fornicators and adulterers, and insinuate that it applies to them before they’ve even had sex.  It would only be one step further to teach them that sex is bad and evil.

Master Baiter: I’ll be d@mned!  This is making me harder!

Lord Deviass: To make this plan work, your lowness, we’ll need to get parents and church leaders on board.  In fact, we don’t need to work so hard if we can somehow get them to do the hard work of educating these randy brats into believing the above heretical doctrines and principles.

Lord Deviass: Most rancid $ћ!t and foghorn farts!  You’re giving me a constant craving for that squalid pigsty Earth again!

Master Baiter: Keep a lid on it, tightypants!  [indistinct muttering]  Here we go.  In short form, the Emperor’s secret recipe is comprised of 11 principles and powers as follows.

Lord Deviass: Absolutely positively pusillanimous!  It’s such a joy to watch those prudes squirm as they grow old with regrets on their conscience!  I cannot help but to feel a raging desire to be rapaciously ribald!

Master Baiter: Yes, my truculent troglodyte!  This secret recipe is finger licking good!  Now pass the word on to Carbuncle Cracker and his gang of miscreants.  They’ll squeeze them into situations where they’ll be so frustrated and desperate that they’ll be willing to compromise whatever vestiges of conscience they might have, or better yet, aspotasize!

Master Baiter: Ahh, no…  Nothing is better than the pole position!

Jack is a world traveling artist, skilled in trading ideas and information, none of which are considered too holy, too nerdy, nor too profane to hijack and twist into useful fashion. Sigma Frame Mindsets and methods for building and maintaining a masculine Frame
View all posts by Jack →
This entry was posted in Conspiracy Theories, Courtship and Marriage, Discerning Lies and Deception, Education, Models of Failure, Purity Culture, Satire, Uncategorized and tagged For Singles. Bookmark the permalink.