How to Transform Your Image

Hitting the gym, losing weight, and becoming physically fit is good, but it’s not enough!

In a recent post, Help A Brother Out (2020 August 9), fellow blogger Kentucky Headhunter asked how a young man can transform himself into a demi-stud within a short time span (~5 months).  He posted the following photo and wrote, 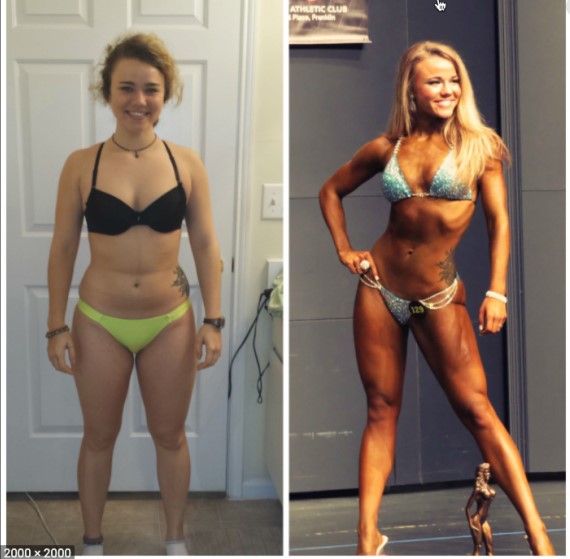 “So, if this girl really went from looking like the before pic to the after pic in 5 months, I’m willing to give her a big shout out.  That is an amazing transformation even if you take out the fake tan and the hair bleaching.  She went from a 3/4 to 7+ in 20 weeks?  You go girl!  Easily an 8 for me without the tat…

So, why am I asking for help?  I’ve been trying to think of a way a young man could transform himself to the same extent in 20 weeks and frankly I’m drawing a blank.  I mean yeah, a guy could clean up his diet and hit the gym and he’d look a lot better, but men have to be so much more than just their looks, whereas women’s value is 90% beauty.  This young woman more than doubled her value to men in 20 weeks!”

I left a comment there which showed up twice for some reason.  But it contained a very important message that men and women need to hear, so I’m dedicating this blog post to expound on it.

How to Transform Your Image

Kentucky Headhunter says a man could “look a lot better” by cleaning up his diet and hitting the gym.  Maybe so, but this is not enough.  For men and women to change their appearance like the girl in the photo above, there are (at least) two things that need to change.

To achieve this kind of body image and the inherent character transformation that leads to glorification, there is one discipline that trumps all others, and so it is the one thing you must master.

You have to be doing some hard fasting for several months.

In a previous post on Σ Frame: Fasting (2010 March 4), I gave a description of the effects of fasting on the body, mind, and spirit.  I will summarize the relevant aspects of this post as follows.

Fasting is basically the spiritual crucifixion of the flesh.  You have to discipline your body to sustain hunger pangs and still force yourself to continue to perform.  You make it do what you want it to do, and not what it feeelz like doing — and you have to make a habit of this!

This is Biblical.  The Apostle Paul wrote,

“But [like a boxer] I strictly discipline my body and make it my slave, so that, after I have preached [the gospel] to others, I myself will not somehow be disqualified [as unfit for service].” ~ 1st Corinthians 9:27 (AMP)

But discipline is sometimes not enough.  Jesus testified of the power of prayer and fasting towards the transformation of ones spiritual constitution.

“17 Then Jesus answered and said, “O faithless and perverse generation, how long shall I be with you?  How long shall I bear with you?  Bring him here to Me.”  18 And Jesus rebuked the demon, and it came out of him; and the child was cured from that very hour.
19 Then the disciples came to Jesus privately and said, “Why could we not cast it out?”
20 So Jesus said to them, “Because of your unbelief; for assuredly, I say to you, if you have faith as a mustard seed, you will say to this mountain, ‘Move from here to there,’ and it will move; and nothing will be impossible for you.  21 However, this kind does not go out except by prayer and fasting.” ~ Matthew 17:17-21; Mark 9:14-29 (NKJV)

You see, simply losing weight and developing discipline are childs’ play.  If you can’t do it, or won’t do it, then there is a spiritual force — a demon or a curse — holding you back from achieving your full potential in life.  If you find it to be extremely challenging to get your life up and running, then fasting is absolutely necessary.  It is the only right way to approach this.

But as we will see in the next section, some people absolutely refuse to shoo away their demons by putting their fork down. 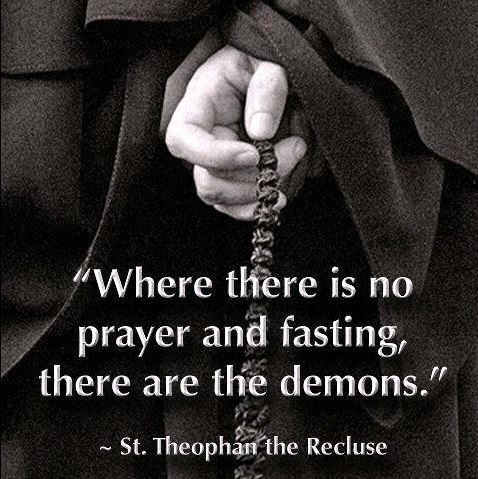 Most people can’t or won’t fast for many reasons, so it’s rare to see someone who can achieve this.  In fact, a lot of people will do anything but fast!  Let me tell you.  I’ve worked with guys who went to the gym, who were lifting insane gravitational forces of iron, who were jogging and playing basketball for two hours a day, and they were doing this consistently every day.  They could bulk up and develop muscle tone, but they could never lose that stubborn visceral fat and shine like an angel.

I could see why not.  As soon as they got back from their exercise routine, they would rush to the cafeteria whining, “Awww… I jogged 6 kilometers!  (etc.)  I’m sooo hungry!“, and then proceed to gobble down two heaping plates full of a high-calorie carb-fest.

I wouldn’t join them for their fitness routines.  I only lifted small weights with high reps at home once or twice a week, and I was slim and trim.  They hated me for that.  When they asked me how I did it, I told them they have to fast.  I explained that fasting means that you eat fewer calories than your daily base metabolism.  They still didn’t get it.  So I told them to eliminate all sugar and carbs, and eat only one regular sized meal a day for 40 days.  Then they got it.  “You mean… you don’t eat?!?!?”  They got so p!ssed off they wouldn’t talk to me for two weeks.  I got p!ssed off too, I mean, I’m telling them how to do it, and they hate me for it because it’s the one thing they’ll never do.

I’ve known a lot of women too, who were all pumped up about the thought of losing weight and then being able to strut around in sexy clothes and parade their bikini-clad bodies at the beach.  They came to me asking how I maintained my figure, and I told them the same thing.  I gave them worksheets to calculate diet intake and daily metabolism, and they were all for it.  But they didn’t really understand what fasting was.  As soon as I described it enough for them to know what it really required of them, they immediately slam dunked those worksheets in the waste can and said, “Forget it!  I’m not doing that!”  One woman actually said, “I’d rather be fat and single.“

I didn’t mention this in the post, but when I got down below 22% body fat, the IOI’s changed from a trickle to a torrent.

The real struggles included the following.

Remember, fasting is a spiritual warfare in which you are conquering your own demons!

I challenge the reader to fast for 40 days, and see for yourself how it has a significant impact on your social, emotional, and spiritual life.  It will bring you closer to God — guaranteed!  It will also take you closer to your life goals, or if not, it will cause you to change your life goals to something more realistic and achievable.  Concomitant prayer helps immensely.

The good thing is that you get used to it after the initial 40 days, and once you pass this threshold, it’s pretty easy to maintain.  After several months of regular fasting, a plate of fatty, high-calorie food will actually appear like a detestable pile of lard — which is exactly what it will become if you stuff that $ћ!t into your body.

Verily I saith unto thee, thou shouldst fast with all diligence!

Jack is a world traveling artist, skilled in trading ideas and information, none of which are considered too holy, too nerdy, nor too profane to hijack and twist into useful fashion. Sigma Frame Mindsets and methods for building and maintaining a masculine Frame
View all posts by Jack →
This entry was posted in Conserving Power, Determination, Enduring Suffering, Fasting, Health and Fitness, Holding Frame, Indicators of Interest, Maturity, Personal Growth and Development, Models of Success, Perseverance, Prayer, Purpose, Self-Concept, SMV/MMV, The Power of God and tagged For Singles, Phenomenology, Power, Testimony. Bookmark the permalink.

9 Responses to How to Transform Your Image