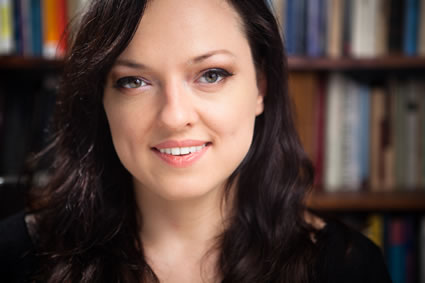 Ms. Urbaniak immigrated from Russia, which is a strong Power vs. Fear (PvF) ethical system, so she obviously sees the world from within a vicious PvF ethical structure.  In a previous post, The Morphing Ethical System in the U.S. (2020 June 26), we looked at how this ethical structure is being coopted and developed in western society by TPTB.  So Ms. Urbaniak is a natural fit.  We should be prepared to see more of her ilk in feminine-centered media outlets.

She also collectively assumes that men and women are opponents in a zero-sum game.  By the way, contrary to her views, Russian society as a whole does not espouse such a cynical or competitive view towards male-female relationships, so NARWALT.

Aside from the obvious fact that her emotional constitution has been damaged beyond all hope of redemption, a psychoanalytical analysis of her viewpoint would suggest that there is some grand mal Psychological Projection going on. 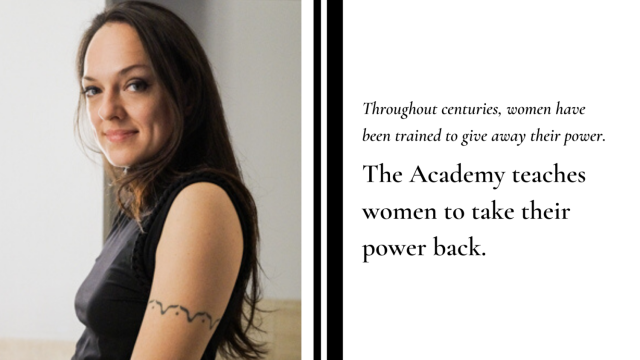 “I teach women to profoundly expand their personal power and influence in a world that is screaming for it.”

“How does the silencing of women begin?”

“How does the silencing of men begin?”

But no, if she were that honest, it would not attract the glorified cover of the NYT and Psych Today.  Her popularity has arisen because, and ONLY because, she is a Feminist mouthpiece, and one who lies through a contorted identity, with the implied aim to ‘save women from their oppression’.

In addition, her question is offensive because not only does she presume to be an itinerant ‘savior’, she also assumes a lot of false contexts that buy into the feminist narrative.  A few are listed as follows.

These assumptions might be true in other cultures subscribing to the Power vs. Fear (PvF) ethical system (e.g. Sudan), or even the Honor vs. Shame (HvS) ethical system (e.g. Saudi Arabia), but they’re not true in the west.  The west has the opposite problem.  Substitute the words ‘men’ for ‘women’, and ‘feminists’ for ‘men’ in the above statements, to get a true description of the social dynamics in the west.  Hence,

This seems to fit right into the Dominatrix’s world view, and some men might be able to accept this in the context of sexual playacting.  However, men can’t accept living in a world based on this reality, at least not normal healthy men.  Feminists might agree, but they would never own up to it.  That would constitute waaay too much honesty to be possible. 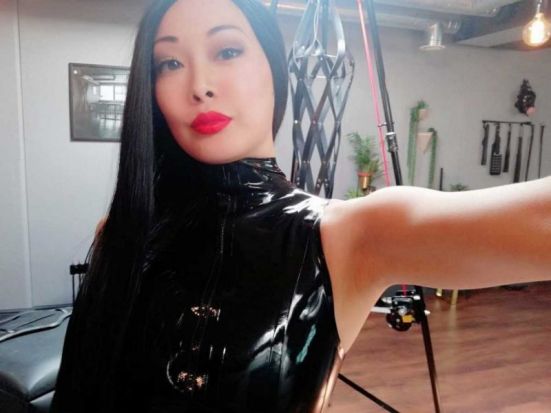 So what is the right way to think of relationships?

I need to interrupt this analysis to point out how the Dominatrix’s attitude toward male-female relations is wrong.  In general, the right mindset is sort of the opposite.

First off, a healthy relationship does not assume that men and women are opponents, unless there is an Adam and Eve type of rebellion happening.  Men and women were meant by God to be companions.

Secondly, a healthy relationship does not engage predominantly in zero sum games.

Thirdly, the Power vs. Fear ethical structure applied within a relationship is troglodyte primitive.

Her viewpoint is wrong, but it’s not because men are purportedly ‘scared’ of suave, harridan sex workers, or the demise of ‘Patriarchy’ (as Feminists mockingly claim).  Neither is it wrong because it devalues and emasculates men, although it does.  It is wrong because it inverts God’s ordained hierarchy, which is the natural order humans must conform to, if they wish to see good days. 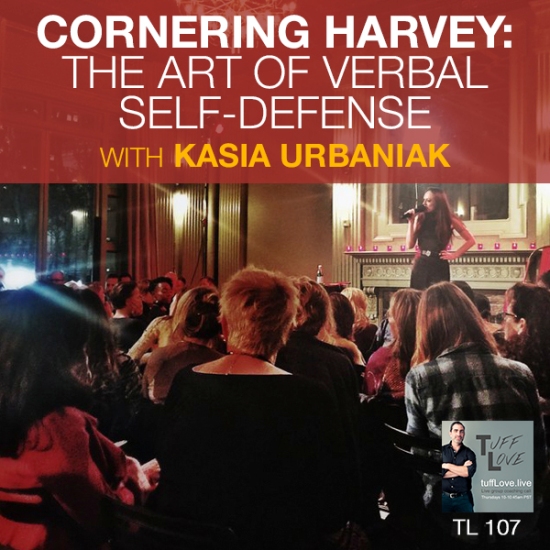 The Dominatrix’s Locus of Power is Verbal

Let’s look past the feminist propaganda and presumptive braggadocio and find out the source of her power.  She explains the control dynamic expressly as follows.

“In Academy lexicon, the word “you” is dominant and the word “I” is submissive.  Neither is inherently superior.  “If I’m in control of you, my attention is outward, so precisely fixed on the other person that I almost forget I exist,” Ms. Urbaniak told the audience.  If you’re submissive, “your attention is focused inward, on yourself and your feelings.”

Dominant and submissive are, she said, rhetorical and energetic states, and can be unmoored from the social hierarchies that empower men.  It’s a post-gender outlook, with as much in common with theories of performativity as with women’s empowerment programs like the Makers Conference and Lean In, …”

Towards the end of the article, the focus turns to one of Ms. Urbaniak’s students, Ms. Kubiak, who is an aerospace business developer.  She says,

“Perceiving and fluidly shifting between dominant and submissive roles improves our communication as a species, she said.”

No, it would improve our communication if men and women recognized their dominant and submissive roles respectively, and consistently adhered to them.

“For now, Ms. Kubiak is exploring the nuances of dominance and submission at Starbucks: “One day I might say, ‘I really feel like a white-chocolate mocha.’ The next, ‘You’re going to make me a cappuccino with extra foam, superdry.’”

That’s easy practice.  I’m sure the potbellied soyboys at Starbux would be eager to comply with her demands.

“Practice makes perfect.  “I’d really like to be in the room,” Ms. Kubiak told her boss when he asked her to arrange lunch instead of being present for the signing of the deal she had negotiated.  If she could do it over?  “I’d nail him with a bunch of questions,” she said.”

Note to Ms. Kubiak: Keep it up and see how long he enjoys your company enough to keep you on board.  Remember, employees are not hired to question and test the boss’ decisions, but to help the business achieve certain goals.

Ed once offered a useful definition of a curse as anything that presents a barrier to Shalom.  This definition agrees with how lies and inner vows act as an umbrella that blocks God’s showers of blessings.  In this case, the lie is that women should dominate men.

Dominatrices, and feminism in general, attempts to subvert God’s ordained order by appointing women to exercise moral and verbal authority over men.  They will assert that the ordained order is corrupt because of their own psychological projection.  Even so, they will encourage women to exert whatever power they can over men.

A woman who continually makes a man feel self-conscious is explicitly eroding his confidence, and the development of a healthy ego.  A woman who makes a man feel self-conscious is inflicting a double curse on him.  This is a powerful curse because (1) it inverts the structure of authority, and (2) it makes him focused on his own performance and how he is judged by others on his outer appearance.  If a man falls for this ruse and comes to believe this is the right way to think, then he is “under her spell” (in mythical language).  This destroys the natural development of confidence, and leads a man directly into feminine pedestalization, legalism, gyneolatry, or apostasy.  For more on this angle, read Reevaluating the Centrality of the Male Ego (2020 April 15).  Therefore, if a woman does this, it should be taken as a bl00dy red flag.

On a lighter note, it might help a man if he exercised the use of the pronoun “you” in a dominant manner when speaking to women and making demands of them, as Ms. Urbaniak has inadvertently revealed.

Jack is a world traveling artist, skilled in trading ideas and information, none of which are considered too holy, too nerdy, nor too profane to hijack and twist into useful fashion. Sigma Frame Mindsets and methods for building and maintaining a masculine Frame
View all posts by Jack →
This entry was posted in Culture Wars, Discerning Lies and Deception, Discernment, Wisdom, Female Power, Feminism, Holding Frame, Models of Failure, Power, Psychology, Strategy, Vetting Women and tagged Archetypes, Power. Bookmark the permalink.