The Morphing Ethical System in the U.S.

A study of how the Righteousness vs. Guilt ethical structure of the West was able to have been undermined and overturned.

Over the past two years or so, conversations in the sphere have turned from being focused on questions of morality, agency, and motivations, to issues of hierarchies, power structures, and cost/benefit analysis. This is no accident, but is indicative of a reaction to how the ethical structure has changed within the wider culture.

This essay takes a closer look at these changes. Over two years ago, The Aquila Report reblogged a paywalled article from Christianity Today, Shame, Guilt, and Fear: What 1,000 Americans Avoid Most (2017 May 27) [1]. This article cited a study from LifeWay Research, Americans Want to Avoid Shame, Make Their Loved Ones Proud (2017 May 23), that reported what motivates the social behaviors of Americans.

“What’s our biggest cultural fear? Shame,” he said. “What’s surprising is not that personal freedom, ambition, and doing the right thing are valued by Americans. It’s that risk to our reputation is what matters most.”

“Researchers asked 1,000 Americans three questions to discover their feelings about fear, shame, guilt, and other issues.”

“Overall, 38 percent of Americans say they avoid shame the most, while 31 percent say guilt and 30 percent say fear.

Education and age play a role in which feelings Americans avoid. Those with graduate degrees (44%) are more likely to avoid shame than those with high school diplomas or less (34%). Americans ages 25 to 34 avoid guilt (37%) more than those 55 and older (27%). Middle-aged Americans—those 35 to 54—are the most likely age group to worry about shame (44%).

In addition to education (which is a proxy indicator of socio-economic class) and age, religious affiliation makes a difference too.

It is interesting that shame is the biggest concern of church-goers, while shame is the weakest motivator among the general populace. The fact that the consciousness of shame increases with the frequency of church attendance leads us to question the overall effect that participating in organized religion has on a person.

The author notes that shame has not been a significant social motivator since the 1830’s, and I’ll point out that this happened to be a particularly godless age in American history. 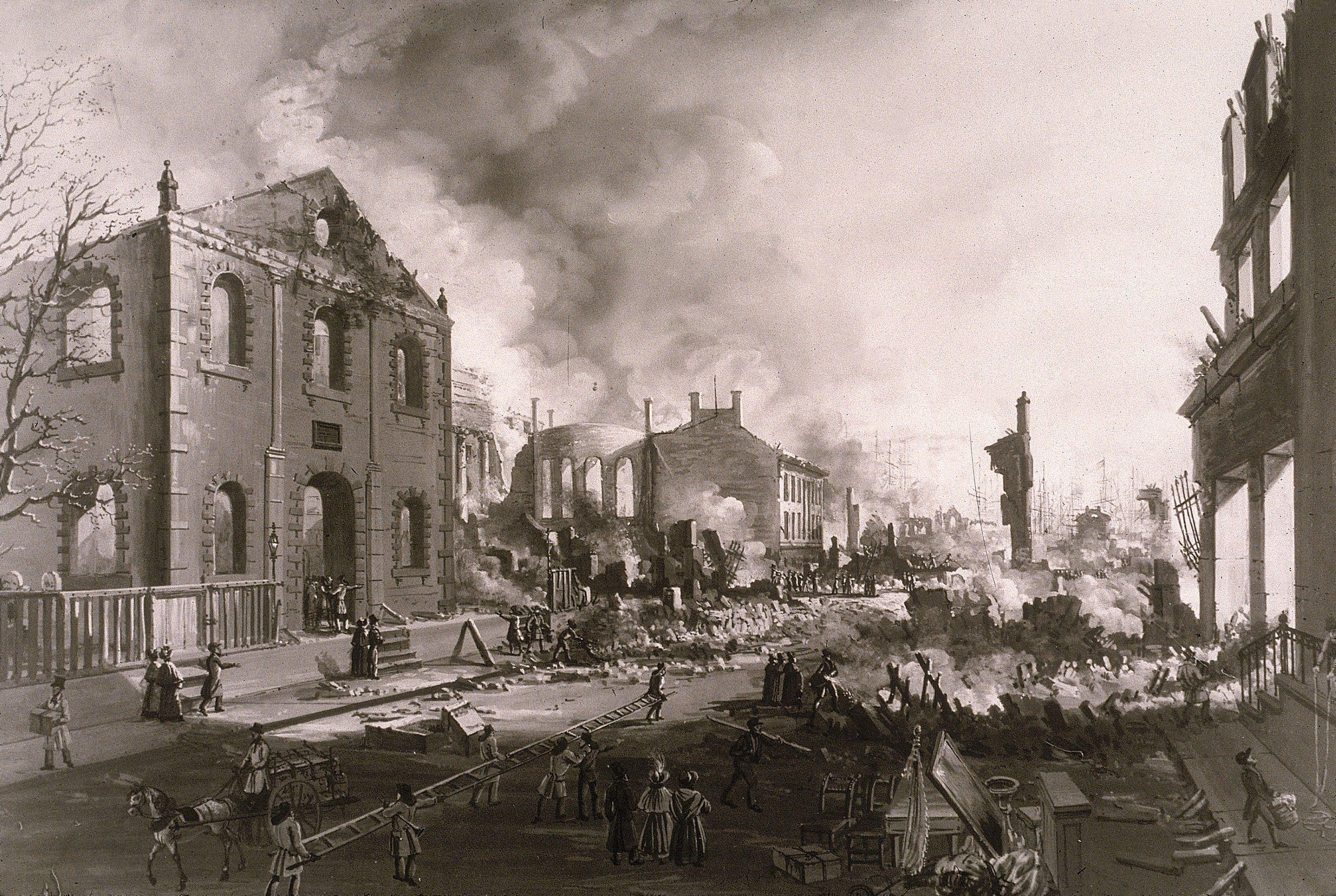 The author failed to mention that fear, shame, and guilt are not only social motivators, they are also the three main categorical ethical structures that are manifested within the various cultures of the world.

Western Christianized cultures have adhered predominantly to a Righteousness vs. Guilt (RvG) ethical system. But in recent times, the combined influences of social media, feminist ideology, and globalism have produced a gradual shift away from this ethical structure, while the two other ethical systems, Power vs. Fear (PvF), and Honor vs. Shame (HvS), have made impressive advances into western culture. The report cited above shows that the three systems of cultural ethics are now neck-to-neck in competing with each other in the U.S.A.

I’ve written about ethical systems before in Foundations of Cultural Ethics and Chivalry (2018-2-18). If you’re unfamiliar with cultural ethics, then you may want to read this post before continuing. I’ll reiterate the relevant aspects here within the specific context.

The Primary Concerns of the Different Ethical Structures

Here we’ll take a glance at certain elements of each ethical system, to see how they play against each other.

People who abide in a RvG system are intensely interested in moral agency, because the degree to which a person possesses it, is directly proportional to the appropriate amount of guilt (or innocence) that should be ascribed to the person in question. Thus, the social practice of determining agency is a natural socio-psychological process of those operating within a RvG system in which social status and virtue are assigned on the basis of one’s innocence and righteousness.

Rollo and Donal Graeme have discussed the question of the degree of moral agency that females possess. I doubt that either Rollo or Donal Graeme are aware that their prerogative of ascertaining moral agency directly follows the RvG ethical structure, in which motives and responsibilities are fundamental necessities in establishing the social order. But the implicit purpose of asking this question of female agency is to discern the appropriateness of certain female behaviors, and thus, which behaviors should be considered ‘acceptable’ and which should not. Moreover, in searching out the assignations of agency, they are attempting to rebuild a culture based on the RvG ethical system.

Donal Graeme and Rollo are certainly not alone in their preponderances on agency. The fact that Graeme’s post, Moral Agency in Women – Revisited (2013 March 11) is one of his all-time top-ranked posts, stands as a testament of how important the question of agency is to those in a RvG culture.

However, the answers to these questions concerning agency could never be definitively circumscribed. I might guess that this is because the majority of those living in Western culture no longer adhere to the RvG system. In other words, it’s a false/dead question with no real world application and therefore no discernable true answer. This incoherency also explains the lackluster response that this question has received in the comments sections.

People living in a HvS system are intensely interested in heritage, titles, positions of authority, wealth, and social status, because the person’s standing indicates the appropriate level of honor or shame that should be ascribed to the person in question. This seems to agree with the findings of the above study that highly educated and religious individuals are more sensitive to shame.

The thing is, the type of shame relevant to the HvS system is an outward, socially perceived shame, and not a true, internal sense of shame. Thus, if Christians buy into the HvS system, they may be more sensitive to public opinion, rather than to their internal convictions. This fully explains why many leading pastors are caught up in social trends and worldly philosophies, instead of remaining faithful to the Word of God. Those of us who have been following the Christian ‘sphere (i.e. Dalrock, et al.) have already noticed this difference a few years ago, and we have come to label such pastors and churches “converged”. It also explains why the age-old practice of s1ut shaming has become a taboo, even when it is well deserved.

In a mixed system, the HvS system tends to dominate the RvG system. Tribal and religious loyalties will be considered the highest natural authority and will, over time, usurp the altruistic trust-based, law-oriented authority of the standing RvG system. Thus, Democratic institutions will ultimately be rendered inept in the competition and will fall hostage to feudal-oriented, tribal-minded political warlords. This explains why democracy is currently breaking down.

As I’m sure readers have already noticed, the vast majority of “refugees” emigrating to North America and Europe over the last two decades come from a HvS culture (i.e. Muslim). Thus, it can be understood why they continue to maintain their feudal identities and refuse to assimilate into their host cultures. This also explains why they fail to revere and conform to law and order, which is a social construct of the RvG system, and is especially emphasized in anglophonic nations.

Moreover, the refusal of these immigrants to submit to customary law has the strong potential to upset the standing order and foment large scale violence, especially as their numbers grow to a critical momentum, which according to scientific studies is approximately 10% of the population. [Note: The overall rate of immigration since the Hart-Cellar act of 1964 has now surpassed 14%.] These groups tend to cluster in urban metropolises, and some of these communities now recently have surpassed 30% or more of the local population. This situation is a powderkeg waiting to blow.

People living within a PvF system are intensely interested in the pecking order within any particular group of confederates, because the order of seniority determines the consideration and respect that each person in question should be granted. Furthermore, every social interaction between even two people, one must play the role of the mentor/administrator/leader/alpha, and the other must adopt the role of the student/assistant/follower/beta. No meaningful social interaction can transpire until these social conventions have first been established somehow.

The whole concept of 4th Wave Intersectional Feminism is to construct a different ethical system of social rank based on one’s level of ‘oppression’. It plays on the inherent weaknesses of the larger, RvG society by inferring guilt on race (white) and sex (male) through historical precedence (e.g. discrimination, segregation, slavery, suffrage, etc.). It seems to say, “You owe us, big time!” When feminists brand masculinity as ‘toxic’, they are using a reverse-pseudo-shame tactic (HvS) in order to leverage power over men and society (PvF). It thereby establishes a larger power structure (PvF) for females and minority groups.

Fellow blogger Rant A Tonne is a man of African heritage who (I believe) is living (or has lived) within a western RvG society. As such, I feel he has a more nuanced view of the real situation in western culture – a culture in the death grip of Feminism. In his post, Can Children Be Women? Expecting Female Agency (December 30, 2017), he offers some insights that consider both the RvG and the PvF ethical concerns.

“The feminist movements have advocated for changes in law and social standing that deny the agency of females. They claim that they are particularly subject to suggestion and social pressures, that their decision making can be impaired easier than that of an equally affected male. One of the recent, and most shameful claims, is that what a female says cannot be trusted. They are able to consent to something at the moment then a day later or decades withdraw that consent building on the way females are treated when they prey on students.”

Trust and agency are central pillars of the RvG system, so it is not surprising that trust has been thrown in the trash. The shame of this has not been perceived because it has been displaced by a new standard of honor – namely “oppression” and intersectional stack.

We could think of this takeover as a complex paper-rock-scissors game leading up to a Hegelian maneuver.

The PvF system cannot win the loyalties of a standing RvG system without first weakening and displacing it. So the HvS system is implemented for this purpose. This tactic is totally dependent on the false-guilt inspired compassion and good will of those within the chivalrous RvG society [2]. Once the RvG ethical system ceases to be a plurality within society as a whole, then the power that Intersectional Feminism has over society will also vanish. The new power structure will depend on the predominant ethical structure, as those who hold the real, visceral power of life and death will begin to take control.

In plain language… Welcome to the Jungle~!

Jack is a world traveling artist, skilled in trading ideas and information, none of which are considered too holy, too nerdy, nor too profane to hijack and twist into useful fashion. Sigma Frame Mindsets and methods for building and maintaining a masculine Frame
View all posts by Jack →
This entry was posted in Uncategorized. Bookmark the permalink.

44 Responses to The Morphing Ethical System in the U.S.