Being Attractive in Service

Being attractive is more than just what you do.  Rather, the love, joy, and inspiration you bring into the lives of others through your service is what makes you a shining light.

Deep Strength wrote an excellent essay on Dread Game in marriage: Revisiting dread in the Bible with an anti-chivalry lens (2020 June 18).

I liked this post, because it makes a distinction that Dread is not unique to PUA-styled game.  In fact, it is a characteristic of a healthy Christian marriage.

It also makes the point that women feel fear and dread when a man is living out his faith, and it thus becomes a quality that makes him attractive to women.  DS describes several ways in which this can happen, so it’s worth a read.

Moreover, when a man gets to a certain point in his spiritual maturity, he realizes that he doesn’t need a woman (or sex) to have a good relationship with God.  This gives him the freedom to break away from the mold of chivalry and dabble in his own best interests.  Overall, this comes off as unpredictability and dread behavior to an interested female.  This is also when he starts to become attractive to many other women, which amplifies his attractiveness due to pre-selection and jealousy.

How is Godliness Attractive?

The idea that godliness is attractive has been suggested in the Christian Manosphere.  However, there have been many arguments to the contrary, and so it is not widely accepted as being true.  Personally, I believe there is some truth to this.  I think it would help Christian men immensely if we could understand just exactly how spiritual maturity figures in to a man’s attractiveness.  I’ve given this a lot of contemplation, but so far, I haven’t been able to flush it out in detailed language.

“It’s true only when it aligns with the traits that make men attractive.

A pastor or worship band leader living out their calling would be attractive to women.  The Church greeter or parking lot coordinator or janitor are also parts of the body but obviously no women are attracted from those.

Both these groups can be godly and doing their part in the body of Christ, but women are only attracted to one group.”

I don’t agree with DS on this, because this assessment only considers the outward indicators of male SMV.  There is a lot more to attraction than mere proximity and AMOGing, and furthermore, there is nothing uniquely Christian about these traits, so it doesn’t support the argument that Godliness is attractive.

I am still working on figuring this one out, but one trait that I have seen (in addition to dread game) is how a Christian man carries himself around other people.  In a nutshell, he is salt and light. 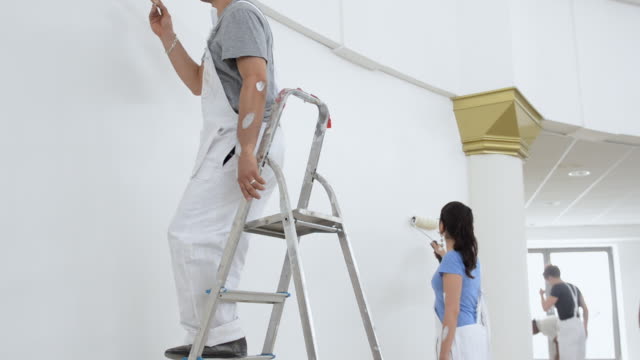 How to Carry Yourself

A large part of what makes a man attractive is what emanates from his heart.  Remember, Charisma is King!

Actually, you don’t even need to serve or hold any position in the church in order to make a good impression and draw attention to yourself.  All you have to do is show up frequently to different gatherings and prod whoever you happen to meet into light-hearted discussions.

Exchange simple life stories with the men.  Tell them about your job, or whatever else you’re doing.  Tell them your reaction to the sermon.  Be sure to ask for their advice and opinion.  You don’t have to do everything they tell you, but at least listen to their responses with earnestness and think it over seriously.  You’ll probably find some men that have some skills or hobbies that you’re interested in.  If you show them that you’re interested in those things, many of these men would be happy to invite you to their home or workshop to teach you a few things and hang out.  But not all men would be so proactive as to take the initiative to invite you over.  So don’t be afraid to ask them if you could come by sometime and check out what they’re doing.  Most men will agree, and they will also enjoy the time spent with you.

Play games with the children.  Make funny faces at them, tease them, and give them high-fives.  Some simple practical jokes might also be appropriate and intriguing to them.  This can be fun and easy to do, and it doesn’t take a lot of time.  If you can make them smile, then you’ve done a great job.

Talk to that sweet, kindhearted grandmother who is always doing stuff at church and helping people in her community.  Treat her like your own grandmother.  Flirt with her just for fun.*  Tell her she looks so great in that blue dress.  Give her a friendly hug of endearment.  She will eat it up, and you won’t ever get a #MeToo accusation from her.

“Pure and undefiled religion before God and the Father is this: to visit orphans and widows in their trouble, and to keep oneself unspotted from the world.” ~ James 1:27 (NKJV)

The important thing is to connect with people.  You can’t go to church just to scope out chicks, and ignore everyone else.  That kind of behavior is hardly above the pedestalization of the feminine.

One important thing is to never miss any opportunity to congratulate someone ENTHUSIASTICALLY on an accomplishment, no matter how small or insignificant it is.  Science has shown that this one action of affirmation does more to build rapport than any other social behavior.

* Note: Don’t try the flirting technique on high SMV women, younger women, married women, or basically any woman that has an ego investment in her SMV, because they will probably think you are a creep and respond negatively.  Go for those older widows and grandmothers who have long since outgrown their nubile addiction to impertinent indignation.  Choose those whom you genuinely like, so that you don’t have to be fake. 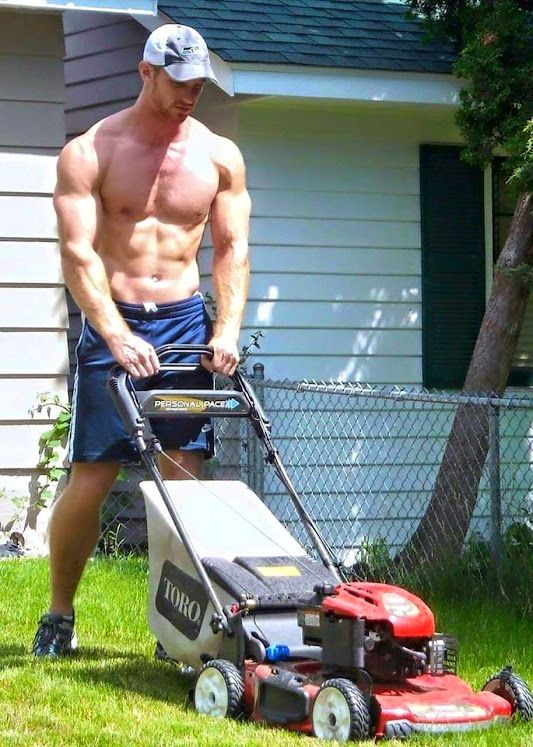 Which type of service is for you?

In the beginning, I would take whichever opportunity came up that I believed was from God, just to get my foot in the door and build rapport with people.  Over time, I would let people know what I’m interested in doing, and what I’m good at doing.  When you’ve built up a network of people know your skill set, then other opportunities naturally follow.

“I think any man who is looking for a wife and is asked to volunteer for these [grungy, low profile] jobs [at church] should simply refuse.  There is no reason to make yourself look unattractive to the single women in the congregation.”

I disagree.  There might be some value in performing dismal duties for the church (and for God).  First off, I believe God will reward you for whatever service you offer, and according to Matthew 6, God offers greater rewards for work that does not draw public acclaim.

Secondly, it makes you appear more trustworthy and dependable to the elders, who may then over time, allow you to have other opportunities that would be more dignified.

Third, it safeguards against anyone who might criticize you for being a “show off”, who selects all the glorious jobs and refuses the common drudgery.

One negative consequence of taking this approach is that it might cause people to presume you are responsible for the yucky stuff, and then they get angry when you don’t.  So YMMV.  Just don’t allow yourself to get stuck indefinitely in a situation where you’re raking all the muck, and never get a chance to shine.

One church job that single Christian guys should volunteer for is driving the van to pick up college aged students to attend church functions.  This job requires responsibility, makes you appear authoritative, and puts you into direct contact with prime women.  I did this for about a year while I was in graduate school.  After a while, some girls would come to church just so they could sit with me in the van.  But after we got to church, they would go do other things in the neighborhood instead of attending the church function.  I quit the job after a couple girls invited me into their apartments (and bedrooms) when I took them back home late at night.  It was just too much temptation for me to handle.  The elders were angry with me for quitting because they didn’t trust the other young guys to do it, and they didn’t want to do this themselves.  Like I said, YMMV.  But this is a good example of how following God can give off the impression of Dread game and being unpredictable. 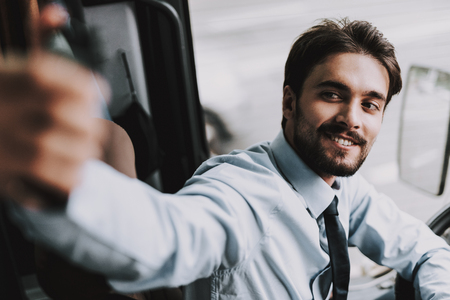 If a man is living in the spirit, staying busy doing his own thing, and is enjoying his life, then confidence should come naturally, and Charisma can be developed slowly.  When a man keeps himself busy with various interests, and has a schedule filled with work, friends, and other activities of interest, then it is not that hard to pull off what appears to be soft Dread, which might also be described as being aloof.

But at the same time, you have to make your presence known, and you have to create a good impression on others.  So here are ten points to remember.

I urge Christian men to get this ball rolling ASAP.  Start with anyone you can connect with.  Namely, your Church might be the easiest place to start flexing your Charisma.

Exit question: What are some church or community sponsored activities that you know of, which would offer good opportunities for young people to mix and meet prime members of the opposite sex?

Jack is a world traveling artist, skilled in trading ideas and information, none of which are considered too holy, too nerdy, nor too profane to hijack and twist into useful fashion. Sigma Frame Mindsets and methods for building and maintaining a masculine Frame
View all posts by Jack →
This entry was posted in Attraction, Authenticity, Choosing a Partner or Spouse, Confidence, Courtship and Marriage, Game Theory, Glory, Joy, Love, Male Power, Models of Success, Personal Presentation, Purpose, Self-Concept, SMV/MMV, Sphere of Influence, Stewardship, Strategy, Vetting Women and tagged For Singles, Ministry, Power, Testimony. Bookmark the permalink.

15 Responses to Being Attractive in Service