Within Red Pill discussions, there needs to be a distinction of the Christian ideal.

In a previous post, The Overton Shake (2019 September 30), I examined how the Overton window has divided to form two distinctly separate Overton windows within the Left and Right factions.  I gave two examples of this phenomena, one on the Left (Facebook) and another on the Right.  For the latter, I described how Dalrock was taking issue with various manifestations of Feminism within the Church and society, while Boxer was pointing out how Dalrock’s efforts might be counterproductive – or worse.  The schism between Dalrock and Boxer illustrated how the Overton window has split even within the Right wing.  This post also offered a theoretical analysis of Boxer’s motivations for doing so, which was intentionally mimetic of the way Boxer had assessed Dalrock.

Boxer didn’t respond to the gibe until he wrote this seething post four months later.

Jack’s overarching contention seems to be an attempt at a defense of his religion: Christianity.  Jack is offended by my lack of faith, and my propensity to criticize Christianity when its adherents make fools of themselves.  Jack is absolutely correct, that I consider the average Christian to be an immoral scumbag, and given that Jack has volunteered himself as a typical Christian, we can immediately segue into a list of his lies: 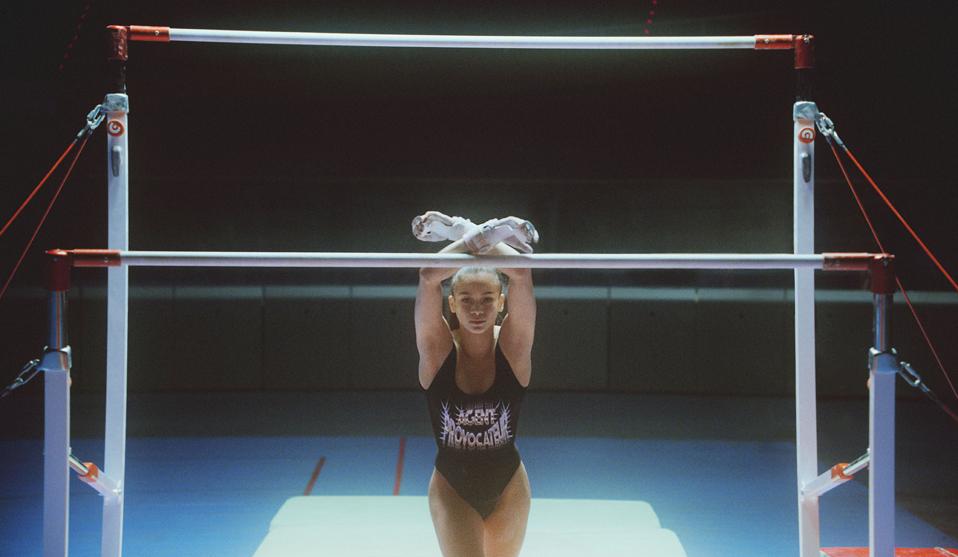 I won’t get into a detailed rebuttal on each point, because it was not my intention to use this parody to defame him, but only to provoke a critical thought experiment.  The thought experiment was whether these things could be true about Boxer.  I left that question out for the reader to ponder.

From a wider perspective, we can see how my discussion of Boxer and Dalrock in The Overton Shake could illustrate how easy it is to recast the character of a blogger and to create schisms.  Boxer illustrated this again in his response, which makes the point obvious.  I’ll call this kind of response, “Stoking the Fire”.

On an opportune tangent, I’ll answer a couple questions he poses in this post.

Back to the topic of schisms, it should be obvious by now that this is how schisms can contribute to the split in the Overton window.

In the past, points 1 through 3 were called a “spin”.  Stoking the fire builds on a spin by adding points 4 and 5 with the intent of making the target appear egregious.  To offer some other unrelated examples, Dalrock stoked the fire with feminism and churchianity.  Sharkly is stoking the fire with Whitewater Community Church.  The MGM nooz networks also stoke the political fires by spinning tales regularly.

In conclusion of this schism, it is clear that Boxer took it personally, and was offended by my cross examination.  I interpreted this offense as evidence that the allegations are probably not true, which is good news.

Nevertheless, he has since made it clear that I am not welcome to comment on his blog.  That’s fine.  I’ll respect his request.  But his offense presents a secondary evidence that Boxer and I have less in common than what I had previously supposed, which is not very good news.  Boxer has stated that he thinks I am offended by his lack of faith, but I think it’s closer to the truth to say that his lack of faith is offended by my presumption of faith.  I still read his blog regularly, and v5k2c2 continues to be listed on my sidebar.

Note to the reader: Screen shots are only used as evidence when you think the author might change the text for some reason.

But Boxer wasn’t the only one offended by this illustration.

[It weighs] heavy on my heart that people I know from the blogging world, especially people within the sphere of writers that can be considered “red pillesque”, pro male, or even the red pill adjacent religious types.  I have seen informative and entertaining works from many.  But I have also seen “unpurposeful” attacks on each other.  I have two people whose works that I subscribe to that have started their own schisms, including individual “soldiers” lining up for an occasional skirmish.

I don’t take sides.  I wish these people would quash their beefs like it was “olden times” and be gentleman.  I have seen shitty feminists (and astrocucks) fund huge failing websites with horrific writing while quality writing from our side of the culture war dies because of infighting.  I would rather be the guy that tells you that you are both being assholes than a person who picks sides.

Let’s get back to work.  The shittiest people in history are winning because we squabble.  If we are going to be separate entities; put our “hate” into our work and leave folks on our side out of it.  Go back to helping men and living better lives.  Men on the margins and younger impressionable men need the help.

Sadly, I concur with Matt.  But sometimes schisms are necessary.

There is a schism going on, but it’s not (really) between me and Boxer.  The schism that has developed is a secession of Christian Red Pill from secular Red Pill.

In recent posts this year, I have found the need to write with more clarity regarding certain differences between Red Pill lore and Christian ideologies.

Biblical Gender Roles has also recognized this need, and has spearheaded a study that compares the Red Pill to Scripture.  He has found that although there is a lot of agreement, there is a fundamental difference in methods and purposes.

Under BGR’s post, Is the Red Pill Concept of Game Biblical? (January 31, 2020), Jonadab the Rechabite and Sharkly have captured these differences succinctly in two comments.

I wonder how deeply our presumptions are programmed by the frame of romance.  We swim in an ocean that treats the feelings of passion and romance as the highest form of human bliss.  Movies, books, music and art all seem to elevate romance above virtues like truth, justice and beauty.  Yet it is the same pursuit of the feelings of passion that lead to fornication, adultery and ironically sexual denial.  This is because the feelings of passion and romance are the context for sex – not a covenant.  Of course this exalted view of romance is so nineteen eighty; no longer is simply romance the context of sex but consent.  Consent is based on the same premise as abortion, “our bodies, our selves”.  If a woman can do whatever she chooses with her body, then the sin of a wife sexually withholding, and the sin of the murder of her unborn children, are subject to her whims and caprice.  My point is that Biblical ethics regarding sex are occluded by an overwhelming acceptance of romance culture.

Part of [Blue Pill] romance culture is of course chivalry.  The term has been used in many ways but the most widely understood use is the image of the white knight fighting for the princess; either defending her honor, her life, or her sins.  In the culturally defining tale of Lancelot, he fought for the honor of Guinevere which he knew was a lie.  He himself was the adulterer who betrayed his king.  Yet he fights against truth and justice.  Lancelot is not viewed, even in the church, as a villain but as a handsome warrior who made the ladies of court swoon.  In other words, a white-knight to be emulated.  In Biblical jurisprudence both he and Guinevere committed a capital offense.

If not romance, then what? Nature abhors a vacuum and something will fill the void.

Of course the answer is covenant.  Marriage is a type of God’s relationship with His people, His elect.  The biblical word for this relationship is covenant.  Sex according to scripture is not predicated on romance or consent, but covenant.  Now sex is union, being made one.  As the church is to seek union with Christ so a husband and wife seek union through sex.  Denial of sex is the picture of the elect rejecting union with the Lord.

The “Red Pill” picture is one of Christ manipulating the church to desire Him more than their idolatrous inclinations.  Those idolatrous inclinations in women are called hypergamy.  Red Pill men seek to manipulate women to desire him more than their hypergamous inclinations.  That picture is perverted.  Yet it is consistent with the teachings of the church.  I have had so called Biblical marriage counselors tell me “happy wife – happy life”, and if my wife is sexually withholding then “God has called me to be celibate”.  They are like Lancelot defending the dishonor of a sinning wife and projecting themselves as virtuous men.  It seemed to me that these counselors were more concerned with their own SMV than with biblical ethics.  I attribute this to the zeitgeist of romance culture and willful ignorance of the ethics of a Biblical covenant.

These differences are depicted in the following image.

Sharkly emphasized one similarity between the Red Pill and Covenant relationship, namely that both structures have the man in the place of authority over the woman.

I don’t think that one should be ignorant of how to harness a woman’s nature.  We are to be wise as serpents and to live with our wives according to knowledge.  Although it is best if you can just tell her to show you more respect, and she does it, sometimes it is also handy to know a few other methods to assist her to see to it that she reverences her husband, when she might be struggling to do that.

In many of my past posts, I (as well as Deep Strength) have alluded to these differences between the secular Red Pill, and the Christianized Red Pill, but I haven’t analyzed the differences point by point as well as BGR has in his series.

The separation and distinction of the Christian Covenant structure from the Red Pill praxeology is an important and pivotal development.  The Red Pill is largely an amoral description of human psychology and behavior, whereas the Christian Covenant recognizes human psychology and behavior, but adds to this awareness an aspiration to a God-ordained ideal.

I propose that the Christian exegesis of Red Pill precepts should be called something else, just to be more specific and to avoid confusion in future discussions.  Maybe “the White Pill”, or “the God Pill”, or something else would do.  Readers may offer suggestions.

Jack is a world traveling artist, skilled in trading ideas and information, none of which are considered too holy, too nerdy, nor too profane to hijack and twist into useful fashion. Sigma Frame Mindsets and methods for building and maintaining a masculine Frame
View all posts by Jack →
This entry was posted in Conflict Management, Conspiracy Theories, Culture Wars, Discerning Lies and Deception, Discernment, Wisdom, Handling Rejection, Holding Frame, Personal Presentation, Questions from Readers and tagged Boxer, Jason. Bookmark the permalink.