The perpetuation of the Christian faith through marriage and procreation is facing an existential crisis. What are we doing about it?

Readership: Christians who support the institution of marriage.

Since I was 14, I knew it was God’s will for me to marry and have a family. I expected that I would get married soon after finishing college, around the age of 24 or 25. Since I was serious about preparing myself for marriage, I immersed myself in reading all the most noteworthy Christian “experts” on marriage and family of the day. James Dobson was reportedly the most outstanding expert on Christian marriage back then, and Elisabeth Elliot was the angel of yearning singles. Joshua Harris reneged on dating altogether, only to have the bitter reality of the modern MMP come back to bite him. Naturally, I was a part of the early 1990’s abstinence movement, which sent my social life to h@ll in a millisecond, not that I cared.

You can laugh all you want now, but this was the best Biblical interpretation available to marriage-minded Christians back then. 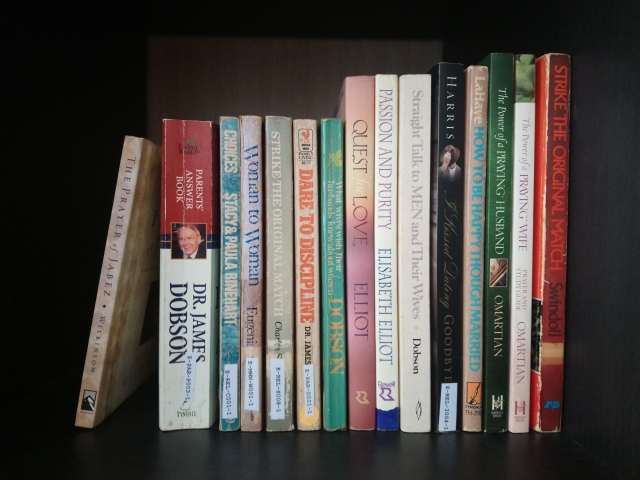 Now we know that many of these authors actually contributed to the convergence of the Protestant Church with Feminism. Only now do I realize that their rhetoric was a large source of my frustration as a marriage-minded Christian youth.

It should come as no surprise to my RP’ed readers, that I never found a suitable Christian woman to marry in my 20’s. It was only later in my early 30’s when, in a fit of disappointment and frustration, I gave up on those hopes of having a Christian marriage, and started engaging in extramarital sex. Only then did I stumble onto the dark secrets of the converged MMP, and soon thereafter discovered the mystery of how to seduce a woman into marriage – just bang her really hard, and let her know that she’s not the only one. (BTW, I would not recommend anyone to repeat this approach.)

Unfortunately, my sad story is rather common among those of my generation who were seeking marriage over thrills – and that wasn’t very many of us.

One of the most urgent needs in Christianity today, is to have an institutionally supported path towards marriage available for those who are called. This is especially dire for young women, who are tempted to explore the ways of Feminism before settling down.

Within the last decade, the Christian Manosphere has introduced the most crucial Red Pill knowledge about intersexual relations, attraction, and the nature of the flesh. Around 2015, the Manosphere split into various factions, with only a  small remnant clinging to the institution of marriage as a viable option. As of 2018, young Christian truth-seekers are choking on the bitterness of the Red Pill, and are not finding their way into a blissful marriage. (I know many of my readers will chuckle at the phrase “blissful marriage”.) This has got to change, and soon!

Right now, we do find many criticisms of the faults of modern Churchianity, but these insights have only pinpointed the fallacies, while failing to redirect towards the narrow way.

For instance, consider this post from Dalrock: If Christianity isn’t Feminism and Courtly Love, what is it? (September 17, 2018)

The title is quite fitting of the post – it tells what it is not, and not what it is. What it is!

Through this illustration, Dalrock points out that homosexuality, feminism, and the Courtly Love model are unchristian, but he doesn’t take the trouble to illustrate a more excellent way, nor does he give any clues about what he actually believes. Thus, he has avoided Tim’s question.

I’m not throwing stones. I can understand why. Dalrock knows it’s unwise to be a zealot these days.

However, judging by some of the comments, this type of response comes off as a little annoying (and slightly arrogant) to many readers. The reason I take the time to cover it here is because some readers might think he’s missing the chance to set Tim right by giving him a clear choice in the matter.

Specifically, opponents could argue that Dalrock failed to answer Tim’s question by mentioning that the Christian alternatives to homosexuality (following his analogy) are either going straight with a view towards marriage, or else, celibacy. Certainly, this is one of the most unpopular beliefs within Christianity (along with forgiveness and suffering), but it has to be said anyway.

If I’m interpreting Dalrock’s analogy correctly, he appears to believe there is no other alternative to the Courtly Love model, but actually, there is. In fact, Dalrock has often dropped hints about a better way for straight Christian horndogs to approach courtship and marriage, but he never tackles it head on.

The problem with stating an obvious truth is that most individuals cannot appreciate it as truth unless it is hard won. But why hide (or fail to mention) the unappetizing aspects of Christian beliefs?

Sure, a man might examine Christianity and then decide, “I don’t like this religion because I can’t screw around as I please, and it will make me look too Beta. Christ is not for me.”

Or else, he might say to himself, “God says I shouldn’t do that, and I’m sure He has some good reasons for that. Not sure if I can do it, but I’m going to go with God anyway, and try to honor Him. I’ve heard He is graceful to those who love him and seek to follow Him.”

The real decision is not, “To F, or not to F”, and not even, “husband vs. wife – who’s the boss?”, but rather, to choose God’s Way or not. If the basic question is centered around the first issue, image and lifestyle, or the second, about headship roles, then we never approach the third – loving and obeying God, and living a life that honors and glorifies Him.

The problem is that it is not enough to tell people the conclusion of the matter, because society is too far gone. I don’t believe that the average person has enough faith to take God at his Word.

In response to this need, the author of Sigma Frame, along with a loose cooperation of a few other RP bloggers, are attempting to lay out all the options in order that people may see for themselves that God’s way is best. It may not seem like that in some of the presentation, but I am sure that the conclusion will come to that. I also expect to find further details about the implementation of the various courtship models.

In other words, let’s lay it all on the table, so that we can give people a clear, well informed choice. Set them free from the bondage of confusion.

Even for those people who do not come to the conclusion that God’s way is best, then at least they will know why Christians believe so, and being better informed, they will be better able to take responsibility for their own choices.

I’ve collected noteworthy articles on the subject of Courtship, and listed them together in a new page, entitled, Courtship Models. We see the development of a dialectic here to sway future generations. If this is a topic that interests you, then bookmark this page, and check back periodically for updates.

Jack is a world traveling artist, skilled in trading ideas and information, none of which are considered too holy, too nerdy, nor too profane to hijack and twist into useful fashion. Sigma Frame Mindsets and methods for building and maintaining a masculine Frame
View all posts by Jack →
This entry was posted in Choosing a Partner or Spouse, Collective Strength, Organization and Structure, Purpose, Relationships, Strategy, Zeitgeist Reports and tagged Deconstruction, Testimony. Bookmark the permalink.