The Feminine Typecasts of Men

In a previous post on Sigma Frame: Finding Mr. Right (June 15, 2017), we perused several types of men available to women on the S/MMP: Mr. Right, Mr. Right Fit, Mr. Right Now, Mr. Right On, and Mr. Good Enough! The outstanding question was whether a woman can identify them and make the best choice for her life.

Since then, I’ve expanded our understanding of The Feminine Dilemma (October 27, 2018), and found that these different types of men fall right in line with the different archetypes identified in this post. You may like to cover these two posts before reading on, if you haven’t already done so.

Here, I’ll cite the different types of men from the first mentioned post, and add some comments based on insights gleaned from the second. Each type of man/relationship is categorized by the chart given in the Feminine Dilemma – the Lifepath pursued by the female, and the male’s defacto role in the relationship.

“Mr. Right is the man who is in her own SMV band, who has a complementary personality (i.e. is her “type”), and who shares many spiritual values and attitudes towards life. He is the guy who loves and honors her, and she desires and respects him.”

This fits the ideal Tingly Respect model, complete with Tingles.

“Mr. Right Fit is the man who appears to be a Mr. Right because he meets her list of qualifications, but there is something missing in their interaction that spells “no happy future” to the relationship.”

This guy is a good match, possibly fitting the Complementary model, or possibly the Tingly Respect model. However, the “something missing” is presumably the Tingles.

“Mr. Right On is the man who can fill her life with the dizzying, distracting effects of romance, fun and good times, but he is not cut out for marriage. This guy is likely an Alpha male who is just using her for his own good times.”

This is definitely the Tingly Respect model, however she has foolishly chosen a man who far outranks her on the SMV scale.

“There is also a Mr. Bad Ass, who is a very confident, self-assured man who games her hard and treats her like an immature little girl, and teaches her some very hard lessons about life. She should watch her personal boundaries and beware that she does not “fall in love” with his dominance and charisma, and give Mr. Bad Ass a permanent place in her heart.”

Masculine power rules here, so it’s another instance of the Tingly Respect model. But in this case, his perceived relational value is sufficiently low enough that she doesn’t consider him for a serious LTR. However, even though she might perceive him to be rancorously disturbed, she may be more than curious about exploring the Tingles. Her level of personal agency would determine her choice.

“When she gets impatient with herself, and starts to selfishly justify all her lack of qualities that she can offer to a man (i.e. dissociative rationalization, AKA “hamstering”), she will find a Mr. Right Now to fulfill all her urgent, immediate needs for attention and affirmation. But deep inside, she knows Mr. Right Now is just for now, not for marriage.”

Here begins the unholy slide into the Courtly Love model with a Beta orbiter having a sufficient SMV to rise above the Friend Zone™.

“The idea of “settling” connotes a failure to achieve a goal, and “Mr. Good Enough” only serves to reinforce that notion. She is getting too impatient about finding a man, and just grabs one whom she feels she can control and can take what she needs from him. It’s not a good idea to marry this guy, because neither of you will be happy.”

This is another instance of the Courtly Love model with a Beta orbiter. But here, she is more desperate, and marriage minded.

Since I wrote the OP more than a year ago, it has come to my attention that my initial estimation was rather generous towards the motivations of women. I had assumed that the majority of women pined after the Tingly Respect ontology. Indeed, there are other types of men useful for those feminine imperatives which are less honorable. 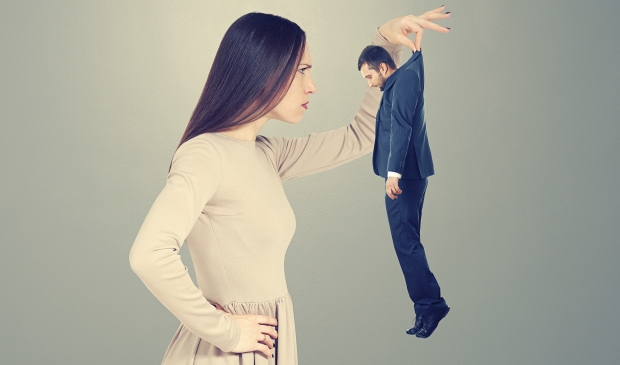 Mr. Right Cuck – The clueless White Knight™ who is easily manipulated and disposed of by various feminine tactics of the handbag variety.

Mr. Friend Zone – the cool Beta Orbiter who is Oneitis™ loyal to her beck and call, but who cannot be allowed into her secret inner chamber – because telling him the truth about her Feeelz and her sexcapades would ruin the (so called) “Friendship” – and she knows it.

Mr. Husband Material – According to the self-professed unicorn, Ritz and Triscuit, the ideal husband has a SMV between 3 to 6, and is less than 5 on the “Stupid Scale”. What she won’t tell you, is that if a man is too smart, or too hot, then it’s too difficult for her to retain control on a daily basis. In other words, some women intentionally destroy their ability to pair bond, and wait until their MMV hits the wall before getting married, knowing full well that they need to “adjust” their MMV to coincide with that of Mr. Husband Material when approaching the altar. The Hamster can be stupidly brilliant at times.

Mr. Ted-e-bear – A friend with benefits. Here, the trust is high, but the Tingles (and respect) are virtually non-existent.

An allyship* is when a male offers his masculine talents to support the woman’s prerogative. The nature of this interaction is that the woman gains affirmation when male strength is used to pump her ego, which Feeelz gooed to her!

From the second OP mentioned in the introduction,

“Women who can attract a dominant man, but who wish to remain independent, basically have a choice between having Open Relationships with plate spinners, or being a rich man’s sugar baby.”

So we have the following.

Mr. Sugar Daddy – An older, richer, and possibly married man who supplies the magic carpet, complete with wine, and who covers all her unforeseen expenses, not all of which are less than luxuries.

Mr. Pawn – A man complicit in a STR contrived for a specific, immediate purpose, such as sexual exploration, rebellious mudsharking, inducing jealousy, attention wh@ring, or to attain social dominance in a peer group, such as the one described here*. It’s difficult to categorize Mr. Pawn, because the Tingles may (or may not) be there, but she will also be wanting to control the interaction. As a further breakdown, each type of interaction might deserve its own nickname.

I’ve decided that prostitution should be in a category of its own, because it’s more of a business transaction than a relationship, and the power of the male is therefore irrelevant.

Mr. John – Men who offer opportunities to liquidate her SMV to generate income.

It may be incredibly difficult for some women to give up their natural desire for relational control and self-determined autonomy, and as a result, they may continue to founder and flail in many ungodly positions.

It may come as a surprise to some men, but many women choose husbands according to the Feminism model, in which she willingly sacrifices her marital bonding capability on the altars of the Carousel and the Wall, in exchange for independence, power, and control. Tingles be d@mned!

Because of the multitude of potential relationship structures that would fit the molds of Feminism and Allyship described here, I suspect that this breakdown may only begin to scratch the surface.

Furthermore, a woman’s subjective, in situ definition of Mr. Right may very well be subject to a woman’s particular circumstances, character, motives, and level of maturity. In other words, the “Mr. Right” that a particular woman speaks of, may not be the same Mr. Right described above.

It is clear, however, that a mature relationship that fits the mold of God’s ideal structure is a highly select set of conditions, characterized by maturity, humility, grace, and self-control.

* H/T Dalrock for bringing the word “allyship” to my attention in his post, Do what she asks, but know in advance that she will take great care to protect herself from feeling gratitude. (October 16, 2018). The post on the Feminine Dilemma has been updated accordingly.

Jack is a world traveling artist, skilled in trading ideas and information, none of which are considered too holy, too nerdy, nor too profane to hijack and twist into useful fashion. Sigma Frame Mindsets and methods for building and maintaining a masculine Frame
View all posts by Jack →
This entry was posted in Organization and Structure, Relationships, Satire and tagged Archetypes, Ontology, Power. Bookmark the permalink.

6 Responses to The Feminine Typecasts of Men