Buckle Down for the Ride of the Centuries

This post examines a few signs of a coming economic recession and the Biblical End Times.

3 Now as He sat on the Mount of Olives, the disciples came to Him privately, saying, “Tell us, when will these things be? And what will be the sign of Your coming, and of the end of the age?”
4 And Jesus answered and said to them: “Take heed that no one deceives you. 5 For many will come in My name, saying, ‘I am the Christ,’ and will deceive many. 6 And you will hear of wars and rumors of wars. See that you are not troubled; for all these things must come to pass, but the end is not yet. 7 For nation will rise against nation, and kingdom against kingdom. And there will be famines, pestilences, and earthquakes in various places. 8 All these are the beginning of sorrows.
9 “Then they will deliver you up to tribulation and kill you, and you will be hated by all nations for My name’s sake. 10 And then many will be offended, will betray one another, and will hate one another. 11 Then many false prophets will rise up and deceive many. 12 And because lawlessness will abound, the love of many will grow cold. 13 But he who endures to the end shall be saved. 14 And this gospel of the kingdom will be preached in all the world as a witness to all the nations, and then the end will come. ~ Matthew 24 (NKJV)

My father was always intensely interested in prophecies, especially Biblically based prophecies, but also any other sort of prophecy which appeared to have reasonable validity or a strong record of being true. Based on his studies of many old writings, he was able to come up with a lot of prognostications. Some of them have actually come true within our lifetimes. So I’ve always been amazed at his insight. 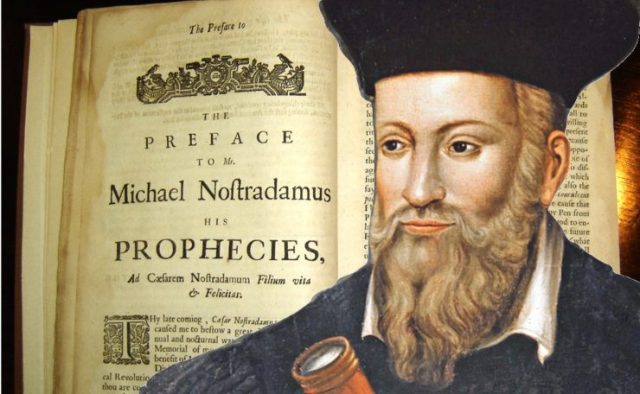 For example, in 1987, my Dad studied one of Nostradamus’ writings, called “Centuries” (pdf). He interpreted one of the quatrains to mean that there would be a very large explosion in the sky, in a major city along the 40th parallel. Dad concluded that it must be New York City, because it’s the only major city on the 40th parallel. Nostradamus wrote Centuries around 1555, when New York was barely a trading post for native Americans, and not considered a major city. So Dad concluded that this is the reason why Nostradamus identified the city by its geographic location. He guesstimated that this incident would happen in 1999.

As we know from history, the 9-11 incident at the World Trade Center fit this description to a T. Considering that Nostradamus (and Dad) were only off the mark by two years (out of a difference of 444 years since Nostradamus’ writings), that is an error of 0.450%. The numerology of it all, is also astounding. 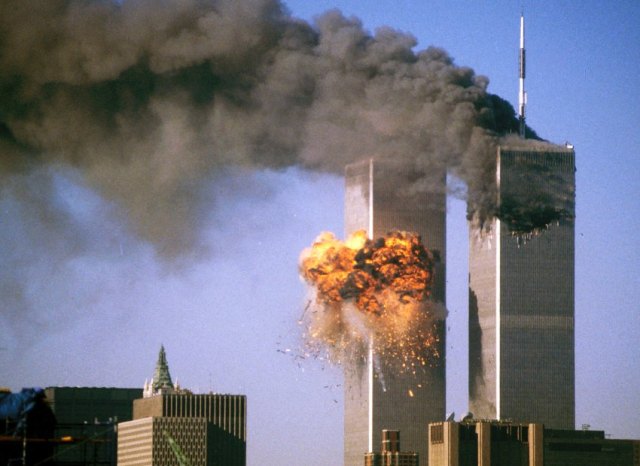 My Dad ascertained another prediction from reading a lot of Jewish eschatology (rabbinical studies concerning “the End times”). The scholars (according to Dad’s account) guesstimated that “something big” would happen within a generation after the Jews “regained their homeland”, Israel. (This event happened in 1948.) It’s hard to identify what that event could be. It could be Armageddon, the Tribulation, the second coming of Christ (or the first, according to the Jews), the end of the world by fire, or something on that scale. Maybe all of these!

Right now, members of the Silent generation (born between 1925 and 1942) are dropping like flies. My uncle died just a couple months ago, and he was (and is) Silent. (The Silent generation, AKA the Beatniks, gave the world Bebop and Rock-and-Roll.) So we are looking forward to the Boomer generation passing on within the next 20 years or so. (Sorry, that sounds bad.)

So will the X’ers, Millenials and Zyklon’s see “the End”? 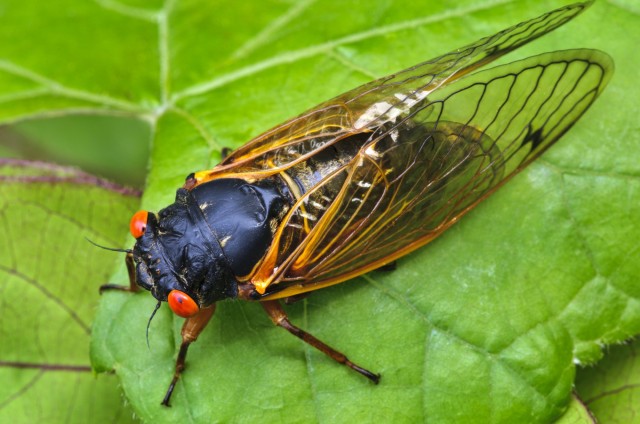 Another clue from my Dad was based on the life-cycle of the 17-year periodical cicada, which is an insect that burrows into the ground in its larval stage, and then after 17 years, it matures, and emerges from the ground in large swarms. Dad surmised that the plague of cicadas during the years of emergence affect agricultural yields, which indirectly affect the economy of the U.S. In turn, the U.S. national economy bears down on international trade, as it is the largest influence on the world economy. 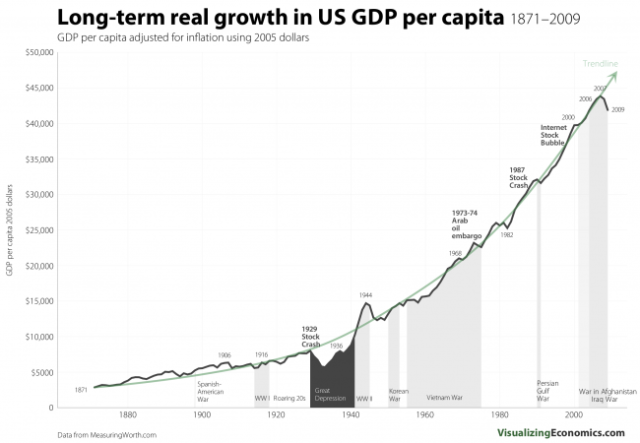 A lady at my church has a gift of prophetic dreams. In 2007, she had a dream that there would be an economic recession. Within a couple months after that, the sub-prime mortgage crisis hit the United States, which then rippled around the world. Recently, she had the same dream again. So if you can believe that people have prophetic dreams, then here’s your wake-up call.

So based on my Dad’s calculations, and the prophetic dreams of the church lady, we should expect an economic calamity later this year. So watch the news. Later this year, there will be a recession. I am guessing it will have something to do with the trade war that just started.

This article from Forbes wants to condemn Trump’s policies for the downfall of the U.S. economy resulting from a trade war, while painting a very optimistic outlook on the situation for Europe and Asia. But I have to pose the question: Could this kind of news article be a propagandized red herring that the Banker-Media-Industry Establishment is trying to float as truth? Would Trump’s foreign policies be totally to blame for any recession, or would they just be an incentive for the Powers-that-be to engineer a recession?

I recently wrote a post about Shifting Gears in a Career, but if you’re thinking about doing this right now, or about making a big investment, buying a house, etc., you may want to reassess your decision in light of the possibility of an upcoming recession, and do some grand mal praying about it.

On a positive note, this rollicking bull market might be a good time to sell off some stocks. On a darker note, could this coming downturn be a foreshadowing of, or possibly the beginning of the End?

Jack is a world traveling artist, skilled in trading ideas and information, none of which are considered too holy, too nerdy, nor too profane to hijack and twist into useful fashion. Sigma Frame Mindsets and methods for building and maintaining a masculine Frame
View all posts by Jack →
This entry was posted in Decision Making, Enduring Suffering, International, News Critique, Politics and tagged Analysis. Bookmark the permalink.

7 Responses to Buckle Down for the Ride of the Centuries