Man as the Manager, Woman as the Helper

This post kicks off a short series discussing an ontology involving the male responsibility as a manager, and the female role as a helper.

Other posts in this series include the following.

The Word ‘Management’ Should Not Have A Bad Connotation

In the neck of the internet where I most frequently read, whenever I’ve come across the words, ‘wife/woman management’, it’s always in a negative context, as in ‘managing gender differences’, ‘managing shit tests’, ‘managing hormonal behaviors’, ‘managing jealousy games’, and so on. In fact, the whole purpose of Game is understood to be motivated towards ‘managing’ a woman’s hypergamic, rebellious, and solipsistic nature.

An underlying motive of efficiency is assumed to be present in all of this – men want the most of what we can get out of life, including women, with the least possible investment of time, energy, and other resources. Of course, this emphasis on the investment-to-payoff ratio is even more true for women, with applied hypergamy being the paragon example. So it’s not just men – we are talking about an element of human nature. But the thing is, both men and women generally perceive a partner’s emphasis on this kind of efficiency as selfish and unloving, and therein lies the rub.

I admit, after having many bad experiences with women, including going through the divorce mill, and then taking the Red Pill, I’ve also carried this reflexive attitude of efficiency, largely out of self-preservation, and I have come to view women generally as a load of sugar-coated trouble. But it’s not just me. In general, male-female relationships in the 21st century have been reduced to a series of transactions and validations which must be continually serviced without fail. For women, marriage has become a disposable, self-serving tool of manipulation. For men, marriage has been downgraded to a defacto state of genteel prostitution with an unpredictable expiry date. The rise of both divorce and cohabitation to that 40% marker is proof that people cannot trust each other with a marriage ‘contract’. 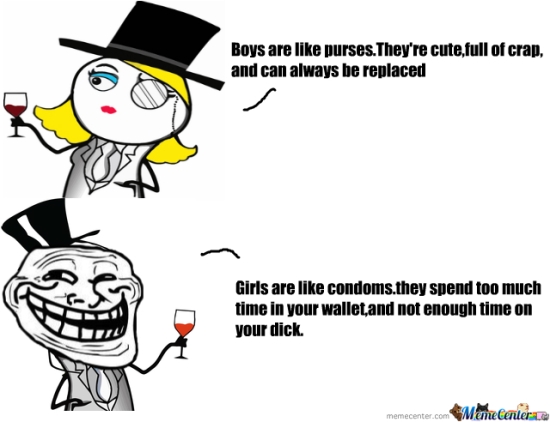 But in the back of my head, there is a nagging voice saying it shouldn’t be this way. Maybe you feel this way too. A man/husband and woman/wife should be ‘like-minded’ and should be working together towards certain goals that they agree on, and building a joyful life together, in general. The ongoing questions are, “What’s missing?” and “How can we recover that missing piece of life?”

One quote from a sermon I covered in a previous post brought a bit of truth to my attention.

“God stops growth where there is no management, or bad management.”

We men have taken the attitude that ‘woman management = trouble’, which consumes our precious time, emotional energy, and which has little return on the investment. This is truly understandable, because in this day and age, the risks far outweigh the returns. Obviously, the source of this problem is that 40+ years of feminism have castigated masculinity as ‘toxic’, and have removed the honor, dignity, power, and authority assigned to the male in his rightful role as the primary manager of family and society. But this is not how God meant it to be.

There are many facets of male-female relationships covered in scripture, but in this series, I just want to focus on these two. [Emphasis mine.]

These two verses make it clear that God intended man to be a manager, and the woman to be a helper. I believe this is a significant piece of what we are missing, so the remainder of this series discusses these two ideas.

Man’s Rightful Place As A Manager

Because time and human energy is limited, the man’s responsibilities need to be arranged in a schedule so that everything can be finished in a satisfactory and timely manner. The man needs to make it clear to the woman that he has a number of responsibilities which demand his time, and that his time is not hers to spend as she decides.

If the woman expects the man to be the primary bread winner and beast of burden, and if she is not willing to help reach their shared goals, and if she spends her time in other pursuits, then it does not profit the larger enterprise of their union. In fact, it may hinder it. In any analysis, as long as the man and the woman are not cooperating, their total efficiency is not maximized. But if the woman is willing to help the man meet some of those responsibilities, then their workload becomes easier, and their goals can be met more quickly and efficiently.

The verse in Genesis 2:18 reveals that God institutes a vehicle for enacting his plan for humanity, by establishing a hierarchy, in which man manages, and woman helps. The fact follows that women do need to be managed by the man in her life. It’s part of God’s design. We can argue about it and say that it’s too much responsibility (for the man), or ‘unfair’ (for the woman), and so on, but in the end, there’s no way around it. We can either gripe and be bitter about how God has arranged this ontology, and fight against this fact of life, or we can accept it as a basic responsibility of being a man or a woman, and work it to our advantage. 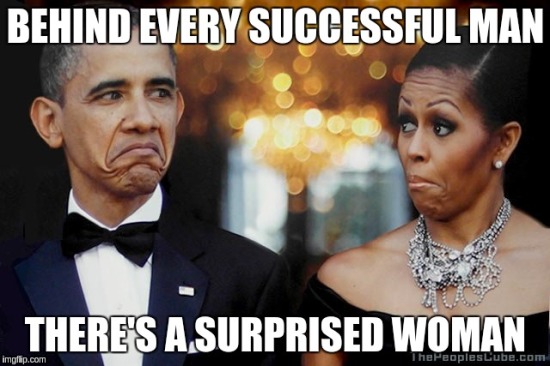 It’s ideal for women to ‘help’ men in their shared enterprises, but the expectations of their respective roles and duties need to be made clear. Men are responsible for regulating the action. Women should recognize their valued role as a cherished helper.

Feminists like to soapbox the narrative that men are ‘overbearing’ and that ‘submission’ (on their part) is a mark of shame on par with slavery. But the opposite is closer to the truth for the majority of men. It’s time for men to reframe that narrative by declaring men to be responsible managers of family and society, and take back their dignity and authority in the process.

Jack is a world traveling artist, skilled in trading ideas and information, none of which are considered too holy, too nerdy, nor too profane to hijack and twist into useful fashion. Sigma Frame Mindsets and methods for building and maintaining a masculine Frame
View all posts by Jack →
This entry was posted in Collective Strength, Leadership, Models of Success, Organization and Structure, Purpose, Relationships, Self-Concept, Stewardship and tagged Ontology. Bookmark the permalink.

15 Responses to Man as the Manager, Woman as the Helper