Cross-Cultural Relationships and Dating in Taiwan

A review of cross-cultural relationships in Taiwan, and a brief discussion of the SMP interactional dynamics.

This article contains the following sections.

First, let’s take a look at the demographics for interracial/international relationships in Taiwan.

Demographics of International Relationships in Taiwan

A previous post, The Cultural Contrast between the West and Far Eastern Asia (July 9, 2015), explored the values, desires and perceptions that are driving this phenomena, and also a few stereotypes and misconceptions that exist between Americans and Taiwanese.

Taiwanese society could be described as a mixture of Chinese values, Japanese culture, and American fashion, capitalism and politics. In practice, the Taiwanese emphasize the importance of education and wealth. Also, the centuries old Chinese Confucian values of Filial Piety dictate loyalty to parents above all else. Thus, we find that young people continue to live with their parents, often until many years after they get married. They avoid personal ventures, and spend all their time studying and working, and not socializing. They fear the responsibilities of marriage and having children, often postponing marriage until their mid-30’s.

Since the global financial distress in 2007, Taiwan’s economic growth has been stuck in the mud with a long-term gloomy outlook, thwarting people’s willingness to have children. Raising a child indicates a huge amount of expense that many couples cannot afford. The reason people want fewer children, or none at all, is largely to conserve resources in response to the economic crisis, recession and general stagnation. In addition, Taiwanese females have nearly equivalent career opportunities as males, which drives them to regard their careers and earning potential as a priority over marrying and giving birth.

A surprising thing about Taiwan, is that, despite its place as a world leading semiconductor manufacturer, emotional maturity is not highly valued nor pursued. Calling someone “mature” in Taiwan would be taken as an insult, implying they are physically aged (corresponding with physical unattractiveness), socially outdated, or mentally senile. Rooted in Taiwan’s socio-cultural ties to Japanese colonization (between 1895 to 1945), there remains the “Culture of Cuteness”, which is basically the idea that youth is associated with innocent joy and aesthetic beauty. In Taiwan (and Japan), cuteness is considered charming, attractive, and even sexy… even in older men! But actually calling someone “cute” would be considered an insult, because it implies that they are childish, superficial and cannot be taken seriously. 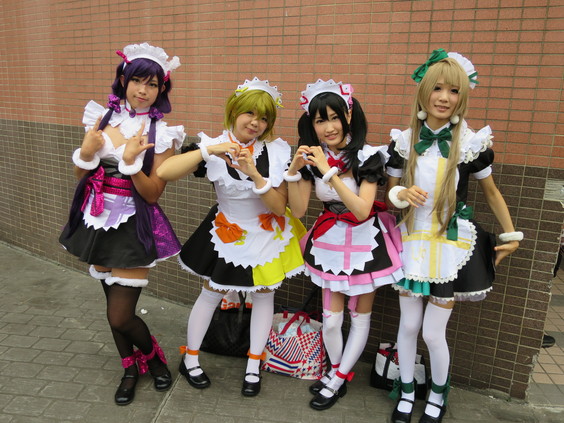 For the above reasons, Taiwanese females are foregoing marriage, and becoming highly educated. The average Taiwanese woman gets married for the first time between the ages of 32 and 35.

Taiwanese men, citing “westernization” (i.e. feminism) as the cause of the shortage of domestic-minded, marriage-worthy females in Taiwan, are often pressed to find a foreign wife, usually from another neighboring south-east Asian country.

It is commonly found that those people in Taiwanese society, who find it difficult to identify with certain aspects of Taiwanese culture as described above, usually marry a foreigner or go live overseas.

Types of Expats in Taiwan

In Taiwan there are primarily three categories of English-speaking foreigners.

The first group are the English teachers. The cram school system of education in Taiwan has a life of its own. English teachers are in high demand in Taiwan both in the public schools and in cram schools. No experience or teaching certifications are required to teach in most cram schools, yet the money is good. Life here is easy for the foreign teacher. The Taiwanese are friendly, helpful and nice. Many of them are intensely curious about Westerners. The teaching schedule is light compared with many other jobs. And, if you’re a male, the women are fascinated with you. All this attracts a certain type of Western male. Basically, the ones that are attracted to a life of ease without having to work for it. You’ll see a lot of men that couldn’t hack it in the West, enjoying a great life in Taiwan. They couldn’t get a job, couldn’t get a girl, couldn’t get a life. They drift over to south-east Asia because its easy here, and unfortunately, they stay here, often indefinitely. They are known to indulge in daily drinking binges, and pursue profligate sex with the lowest class females in society. So as a result of this, English teachers have by far the worst reputation in Taiwan. Locals and foreigners alike consider them to be like white trash. At least, that is the stereotype of the foreign English teacher in Taiwan. 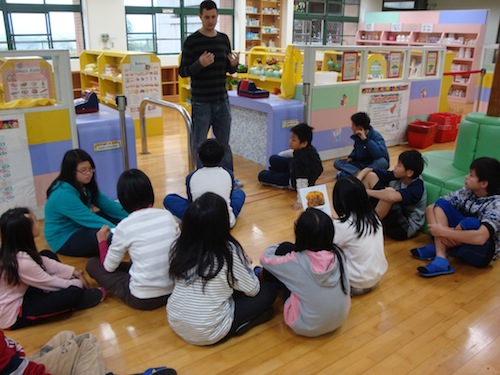 The second group, students, are also numerous and live a charmed life. This population is varied, exciting, young, eager, and usually significantly more motivated and intelligent. A predisposition toward the culture is inherent. So this population can be rife with young men fascinated by Asian culture. The majority of foreign students are here to study Chinese. There are many students who do study other topics, but they are not predominant. Most students come for a year, two, and their focus is on their studies. There is also a quickly growing number of international students from all over the world, especially other south-east Asian countries, but also from the middle-east, Europe and South America. These foreign students are known to hook up all over the place, mostly with each other, but also sometimes with local Taiwanese who happen to be interested in foreigners. Most students see their time in Taiwan as a frivolous and cheap eduvacation from their permanent lives in the West.

The third group are those who are ethnically Chinese, but are not from Taiwan. There are nicknames for each subgroup, based on their origin. For example, American, British, and Canadian born Chinese are called ABC’s, BBC’s, and CBC’s. Those born in China are called NBC’s. (N for national). (There is a metaphorical joke that the overseas born Chinese are part of the “news network”.) These people have their own society and culture. Although most are thoroughly Westernized, they retain their Asian values and family upbringing. They are often well-educated, well raised, and come to Taiwan to explore their roots, and hopefully to find an ethnically and socio-economically equitable partner for marriage. Most that I have met are very respectable individuals. But they are often very shy when it comes to approaching someone of the opposite sex, compared to a typical American. They take sex and marriage seriously, often considering it as a duty to perpetuate the honor of their family line. Therefore, they stick to their own kind, and they are significantly less likely to make the first move. This group as a whole has the best reputation among all the expats in Taiwan. 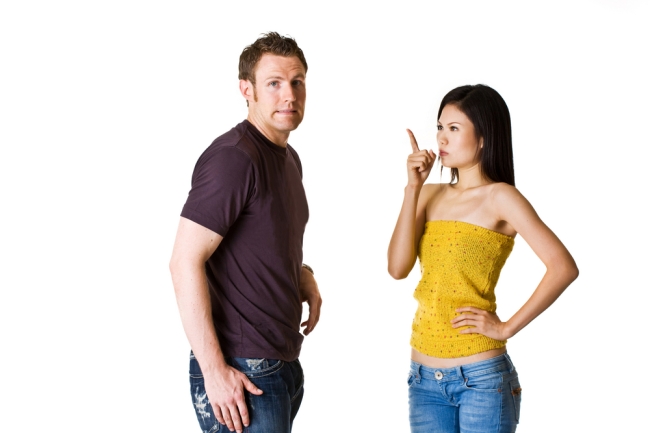 Couples get together by hanging out in large groups of friends, or often meet at work, through other social acquaintances, or their parents. The concept of going out on a date with someone relatively unknown is foreign to the Taiwanese lifestyle. Therefore, the flirting, the texting, the dating, the random hook ups, friend with benefit arrangements, and the whole culture that revolves around a Western dating lifestyle is non-existent in Taiwan.

Concerning cross-cultural and/or interracial relationships, for the most part, people are rarely looking for a commitment. This could be either a positive or negative aspect, depending on what you’re looking for.

However, all this is not to say that the Taiwan SMP is a tumbleweed strewn desert. But that depends very strongly on who you are. If you are a white male, you’ll find great popularity, but if you’re black, or female, not so much.

The Dating Prospects of Western Men in Taiwan

Foreign men have no problem dating in Taiwan. Especially of interest, the Western guys in Taiwan aren’t interested in dating a white, feminist, American woman, when there are so many other, better prospects in Taiwanese society. If it’s not one woman, then its three falling all over themselves to get a Western man. They’re as much of a status object here as they are elsewhere in the world. More, truth be told, you could be the nastiest, scummiest, loserish bit of crap in your home country, yet, if you’re a man, especially a white man, in Taiwan you’re often treated like a movie star. 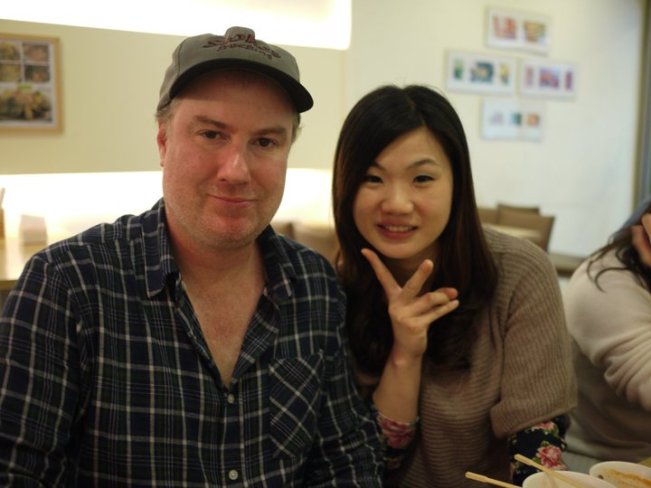 The Dating Prospects of Western Women in Taiwan

For Western women trying their hand at dating in Taiwan, they face insurmountable odds. These women go on any number of dates with Asian men, and find very little success.

There are a multitude of problems with Western women dating Taiwanese men. Taiwanese men are very shy and timid when it comes to Western women. They are very afraid to approach a foreign woman, and generally, most will not. They can sense the feminist poisoning from afar, and are wise enough to steer clear of it.

Consequently, a Western woman will quickly realize that the majority of the Taiwanese male population simply isn’t for her. That leaves the Expats. Here we circle back to quality and quantity. Quantity should be self-explanatory, as expats are a minority. In addition, the quality of the Western men in Taiwan is not like it is in Europe. A woman has to sort through a lot of riffraff to meet anyone of quality. If a white, western woman should choose to do so, then she’ll be fighting an uphill battle against Asian fascination, transient lifestyle, and the general lack of commitment that is common to expat males in Taiwan.

When comparing the quality of expats in Europe to Taiwan, Europe wins hands down. The expats in Europe are significantly better educated, as a group, Doctors, lawyers, Indian Chiefs, you name it. So if you’re a woman looking to meet quality men, I would advise you to explore Europe, and stay away from Asia.

For more female opinions about living in Taiwan, read Pink Pangea’s article, Things to Consider before Dating in Taiwan (May, 2015)

No matter who you are, dating in Taiwan is tough. The Taiwanese are conscious of their social prestige and family lineage, and are discouraged from living a loose lifestyle. Whatever kind of relationship you’re looking for, if it involves commitment of any kind, even short-term, you’ll be hard-pressed to find it.

If you’re 23 and fresh out of college, that’s great! Come to Taiwan and stay for a year or two. It will be the time of your life. You might even find someone you care deeply about, and would consider marrying.

Guys past the age of thirty who have the urge to settle down, should carefully reconsider coming to Taiwan, as the challenges will be significant. If you’re not looking to settle down, have a bit of cash to spend, and you don’t care about having a big empty hole in your resume, then you’ll have the most memorable breeze through paradise imaginable.

Western women past the age of thirty who are thinking about coming to Taiwan should think twice. Asia is the western man’s paradise, and the feminist woman’s hell.

In spite of the cultural differences and socio-political hurdles, I, as a western, white man, have dated considerably more satisfying women than I ever did in the U.S., and the quality of women was much higher on the average. Also, I did find a wife and a very prestigious job here. But, I am not a typical American expat.

Sorry that I cannot offer links. My wife read me the demographic data from a Taiwanese Government Statistic website that was in Chinese.

Jack is a world traveling artist, skilled in trading ideas and information, none of which are considered too holy, too nerdy, nor too profane to hijack and twist into useful fashion. Sigma Frame Mindsets and methods for building and maintaining a masculine Frame
View all posts by Jack →
This entry was posted in Choosing a Partner or Spouse, Cultural Differences, Hypergamy, Relationships, SMV/MMV, Taiwan and tagged For Singles, Ontology, Testimony. Bookmark the permalink.

1 Response to Cross-Cultural Relationships and Dating in Taiwan